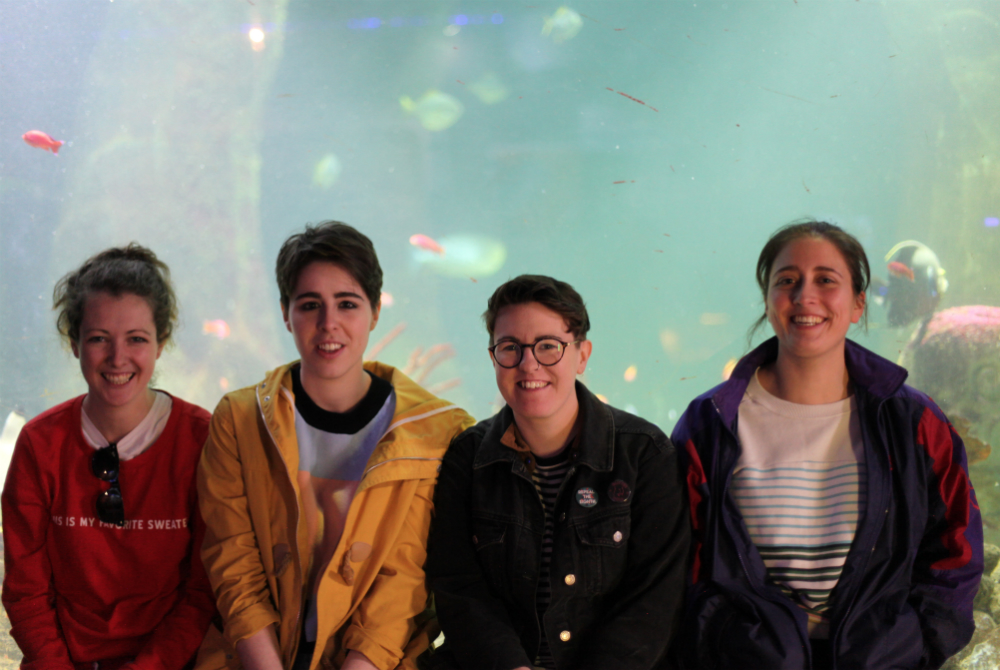 ‘Puppets’ is the song that inspired the title of Pillow Queens’ forthcoming EP ‘State of The State’, which is set for release 16th March via Specialist Subject. Sarah Corcoran from the band explains that ‘Puppets’ is “a song about the frustration of trying to succeed in post-recession Ireland and the effect that has on mental health.”

Despite the sunny disposition of Pillow Queens’ catchy melodies and rambunctious riffs, the songs found on ‘State of The State’ tend to have a darker undercurrent. Elsewhere on the EP, the band muse on emotional highs and lows, the inevitability of anxiety and paranoia.

The Irish quartet are heading out on tour in support of the EP’s release. Current single ‘Favourite’ comes with a dogtastic accompanying music video and has been receiving airplay on BBC 6Music, BBC Radio 1 and Radio X.