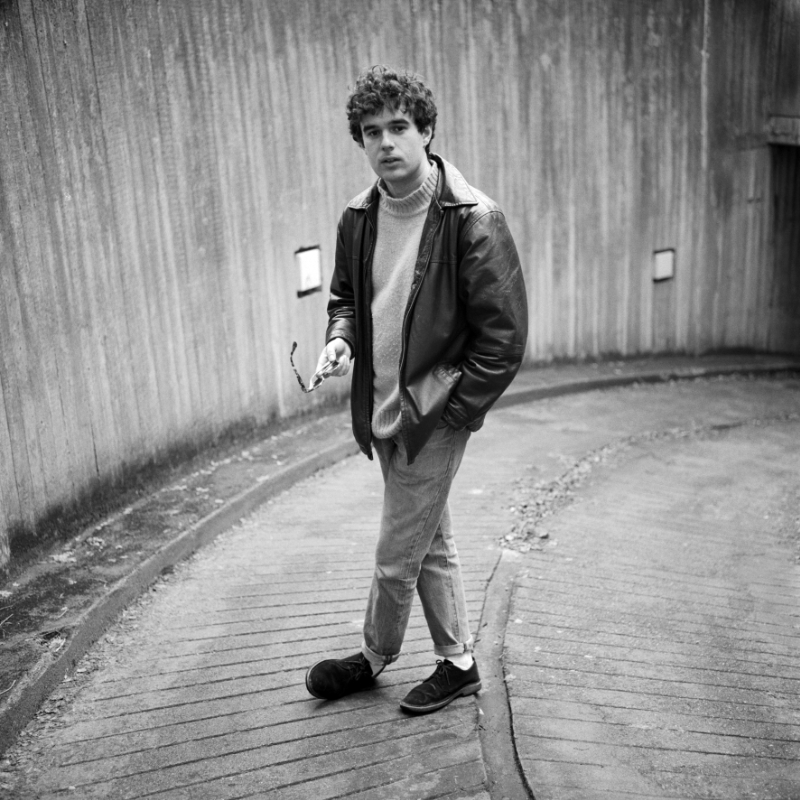 Ahead of his tour with Girl Ray, which kicks off next week, Fake Laugh (AKA Kamran Khan) has shared “On Loop,” the second song from his forthcoming two-track 7” single, set for release via Headcount Records on April 30th.

“On Loop” shimmers with an abundance of wistful melodic patterns and finds Khan using spoken word in parts to explore themes of dreaming and monotony, set against a backdrop of serene and melancholic guitars.

Speaking about his latest track, Khan explained: “On Loop is a song about going round in circles and having daydreams about showing everyone that you’ve achieved inner peace.”

Fake Laugh’s self-titled debut album arrived in July last year as the delicate accumulation of years of experimentation. Unfurling slowly, the full length was a gradual process: part playfulness, part search for pop perfection. Tuning into the digital disconnect of contemporary life, the album is a vivid rummage through the familiar worlds of love, confusion and self-questioning, refocused through the bright lens of Berlin-born, London-based artist Kamran Khan.