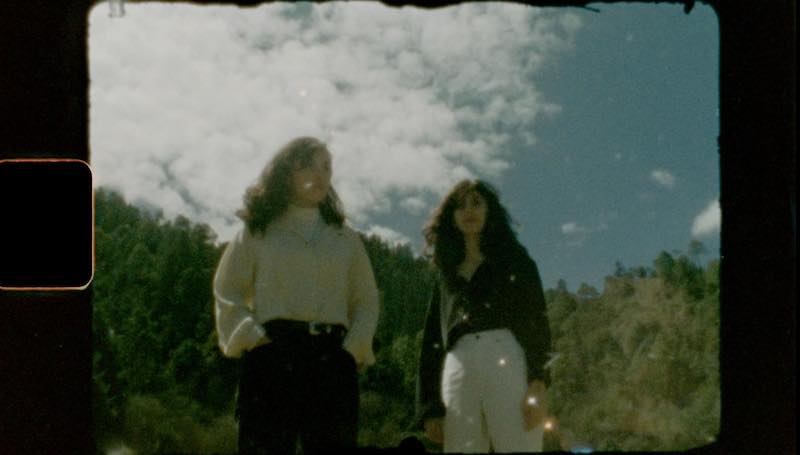 Tijuana-based psych duo Mint Field are sharing a new video for their album standout track “Cambios del Pasar”. The song is taken from their recent debut LP ‘Pasar De Las Luces’, which is out now via Innovative Leisure.

Speaking about the video, director Laura-Lynn Petrick said: “‘Cambios del Pasar’ is meant to be a collection of moving paintings, exploring the notion of change and nature as its canvas. Estrella and Amor connect with their natural environment, at times with ease, at times chaotic. The video was shot in the state of Morelos, in Lagunas de Zempoala and near Cuernavaca, with super 8 film, using only natural light.”

Mint Field – 21-year-olds Estrella Sanchez and Amor Amezcua – have a sound that is organic, spacious, and inhabited by spectres that lurk behind rhythms, where Estrella’s angelic voice evokes a supernatural world of beauty and melancholy. Since recording an initial EP, Primeras Salidas, in 2015, Mint Field have played Coachella, SXSW and have extensively toured the US and Mexico. In the summer of 2017, the band travelled to Detroit to record with producer Christopher Koltay. “We had a much clearer idea of what we wanted and we had the tools to make it.”

‘Pasar De Las Luces’ shows a band committed to channelling their inspirations and influences to transmit sentiments of profound sorrow, nostalgia and beauty, revisiting sounds from the past to make them contemporary. ‘Pasar De Las Luces’s 13 immaculate tracks nod to everything from dream pop to krautrock to heavy stoner jams to fuzz-saturated shoegaze.