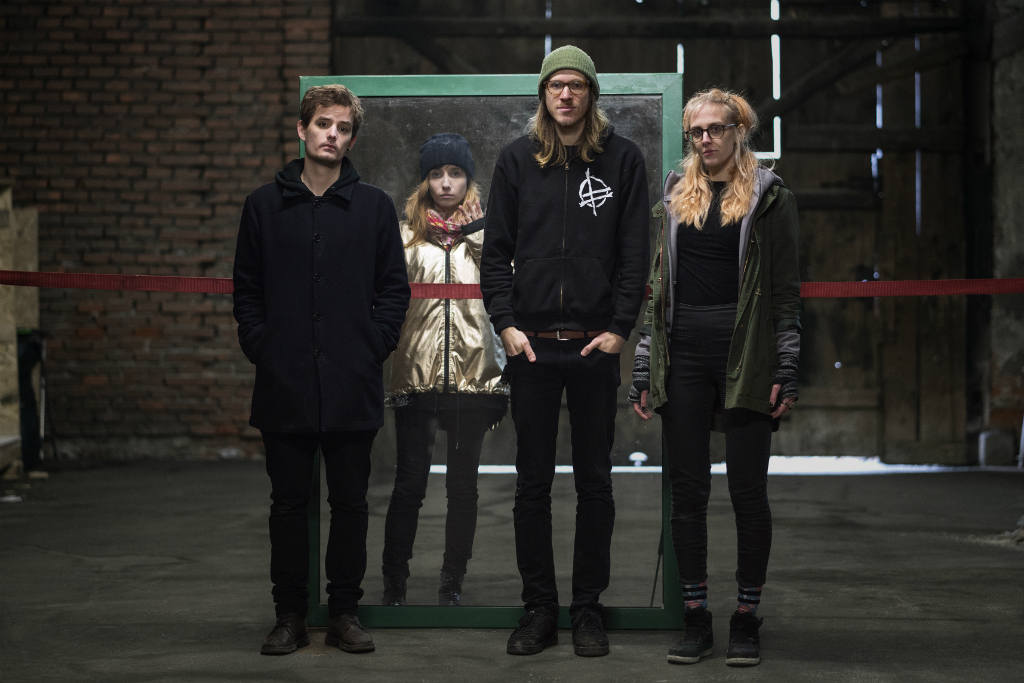 PETROL GIRLS have revealed their rallying and emotive new single ‘Survivor’, which is inspired by the growing movement against sexual violence. Vocalist Ren Aldridge explains their motivation — “The people who’ve spoken up so courageously about their experiences have broken the silence that has protected abusers in the past, often at massive risk to their own safety and well being. I hope that their bravery inspires the cultural shift in attitudes that is so desperately needed.”

The track is accompanied by an evocative music video, which Ren herself produced. “For the video, I set up a collaboration between Andrew Northrop who I’ve really enjoyed making music videos with previously, and painter Mariah Pearl,” she says. “The way that Mariah’s paintings play with the surface of the canvas gives me a really strong feeling of a clandestine power that refuses to be captured or identified. For me, this reflects whisper networks and the erupting movement against sexual violence. It’s like the tree roots that push up through the tarmac.”

Petrol Girls recently signed to UK-based independent label Hassle Records and the band also head off on tour this very month. See below for dates. The band released their explosive debut album ‘Talk of Violence’ in 2016 and have toured extensively throughout the UK and Europe since, empowering and enthusing crowds in every corner their music touches.