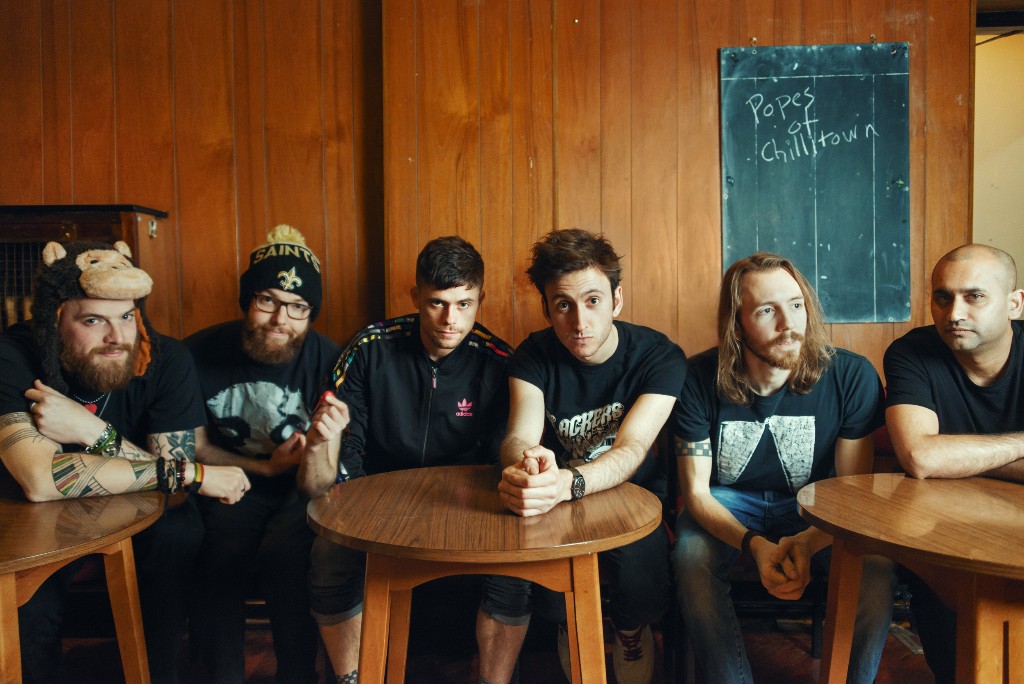 London-town Ska-Punk-Dubsters, Popes Of Chillitown have, today, shared the second single, ‘Prang’, taken from their new album Work Hard, Play Hard, See You In The Graveyard, set for release ‪on May 4th 2018‬.

In support of Work Hard, Play Hard, See You In the Graveyard, Popes Of Chillitown will take to the road throughout the Spring & Summer of 2018:

‘Prang’ follows the lead single ‘Get Off/Get On’ which was released digitally on the 15th March 2018.

Speaking on the context of the new album, vocalist Matt Conner said, “It’s about struggle; against your own aspirations and self-image and the big bad world in which we’re unwilling yet compliant participants.”

“The world itself is going to end and we’re just trying to sharpen our elbows to get the best selfie next to the train wreck. We all know it’s equally pointless and inescapable so we just plod along.”

Work Hard, Play Hard, See You In The Graveyard is socially aware, in a scornful manner, yet there’s still an underlying layer of optimism. The up-tempo ska-punk will make you reminisce back to your teenage years, but under the surface, there is a cavern of emotion and concern at the modern world.

“There should be a healthy balance in our relationships in order for us to be happy not just temporarily or superficially but deep down. We should embrace new experiences with people but avoid surrounding ourselves with the morally corrupt where possible.” continues Conner. “People who say people don’t change have never tried to change and that’s their excuse for being a dick to other people.”

“The album is a self-help tool for how to live a life as an enlightened optimist, in pursuit of a work-life synthesis instead of a balance or compromise.”

Describing the sound of the new record, guitarist Tom Penn said, “We’ve definitely been a bit braver with this record. We didn’t want to get too bogged down worrying about ‘our sound’ and whether something would fit with what we’ve done before. We all have pretty diverse influences, and we are always looking to push ourselves and try new things. I think that shows through in the progression from the last album”.

Work Hard, Play Hard, See You In The Graveyard was written throughout late 2016 and early 2017 and recorded in May ‪2017 at Hackney Road‬ Studios, London – Mixed by James Bragg. To capture the true feeling of the band, bass, drums and guitars were recorded live – The result, the truest sound on record that IS Popes Of Chillitown.

‘Work Hard, Play Hard, See You In The Graveyard’ will be available on 12inch vinyl, CD and Digital Download ‪from May 4th 2018