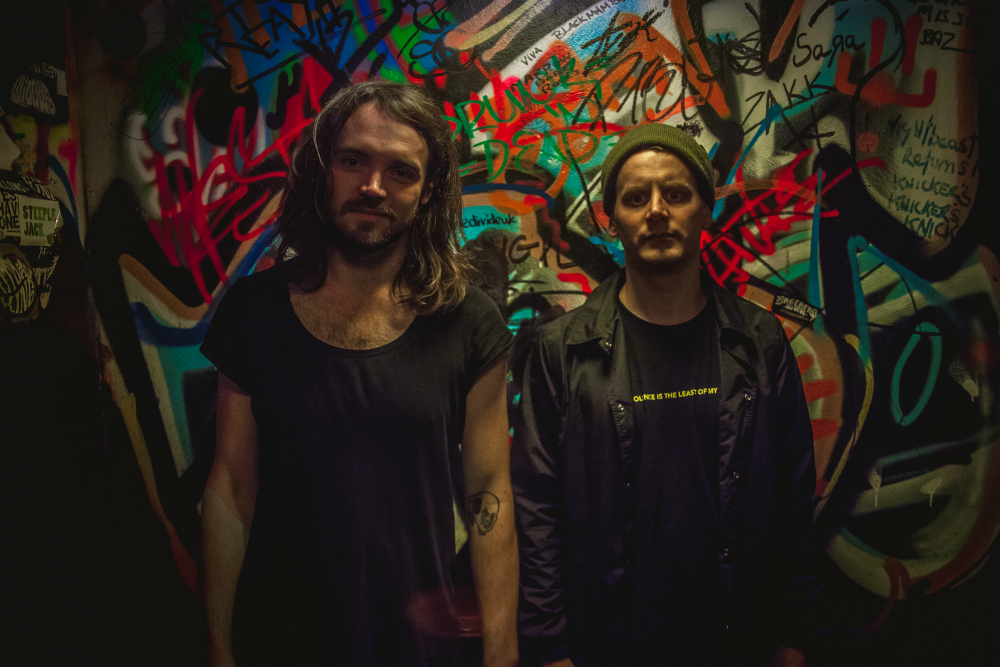 Nottingham duo Haggard Cat have revealed a new music video for a brand new track from their forthcoming album ‘Challenger’, which is set for release 20th April via Earache Records. “’Bad News( Travels Fast)’ was one of the first songs we wrote for ‘Challenger’,” says vocalist and guitarist Matt Reynolds. “It’s also one of our live favourites. It’s about Chinese whispers and our tendency to fascinate on the negative. Bad news travels fast, rise above it and focus on other things.”

The riff-rolling track ‘Bad News (Travels Fast)’ is the latest in a series of high octane tracks to be revealed from ‘Challenger’, with ‘American Graffiti’, ‘Bone Shaker’, and ‘The Patriot’ already proving Haggard Cat’s chops and whetting our appetite for the full length. These killer tracks have been enjoying national airplay on BBC Radio 1’s Rock Show and BBC Introducing, as well as playlisting at Kerrang! TV and a coveted spot as Kerrang! Radio’s Fresh Blood Track of The Week.

The ‘Challenger UK Tour’ kicks off shortly after the album’s release and will see them play shows up and down the country in April and May with festival slots also plotted. Haggard Cat’s live presence and prowess is like no other and they are not to be missed.