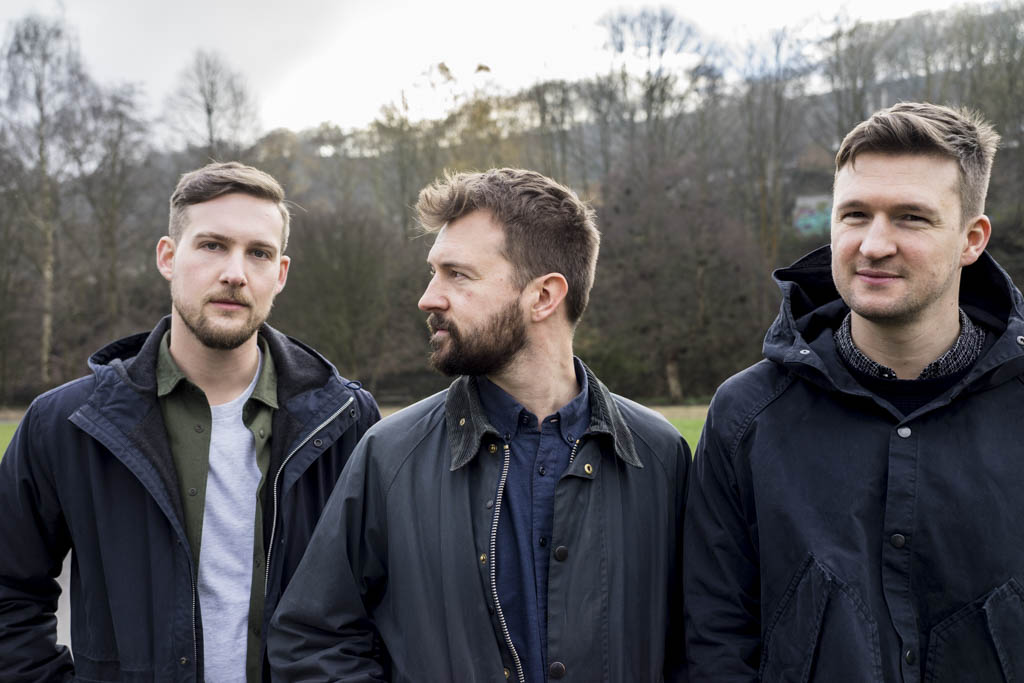 Following three triumphant sold-out comeback shows, recently-reformed cult Manchester band THE MAPLE STATE have revealed a video for their single ‘Something In The Water’ which is out now on all good digital service providers.

Directed by Patrick Boyle from Quaint Productions, the new video sees the band taking to the countryside around Snake Pass in Derbyshire with friends, as frontman Greg Counsell explains of the concept: “Growing up in Manchester we were always in the shadow of the Peak District – as soon as anyone learned to drive the first thing we did was race along the Snake Pass to Sheffield. To this day, whenever we’re all back in Manchester we’ll take a day and head up into the peaks.

“When we were discussing videos ideas for ‘Something in the Water’, we just wanted to capture a little bit of the wilderness madness that inspired the song in the first place. Unfortunately, the Amazon rainforest wasn’t on our doorstep, so we figured the next best thing was up Snake Pass. This road has featured in a couple of The Maple State lyrics over the years so it was a nice way to bring it back around.”

The band invited some of their best friends to be in the video, brought along a bottle of absinthe, and the whole thing quickly descended into chaos.

“The narrative got lost somewhere along the way,” laughs Counsell “but it’s probably better like this, a far more truthful representation of the reality of our band – joyous, drunken nonsense. At one point we got bored of listening to our own song on repeat and someone started playing Mike and the Mechanics…I’m sure there was a ‘hilarious’ reason for this at the time. All in all, it was just a good day.”

The track is the latest to be taken from their long-awaited new album The Things I Heard At The Party, which is out now via Far Out Records. The album is available on limited edition 12” vinyl and via all good digital retailers.