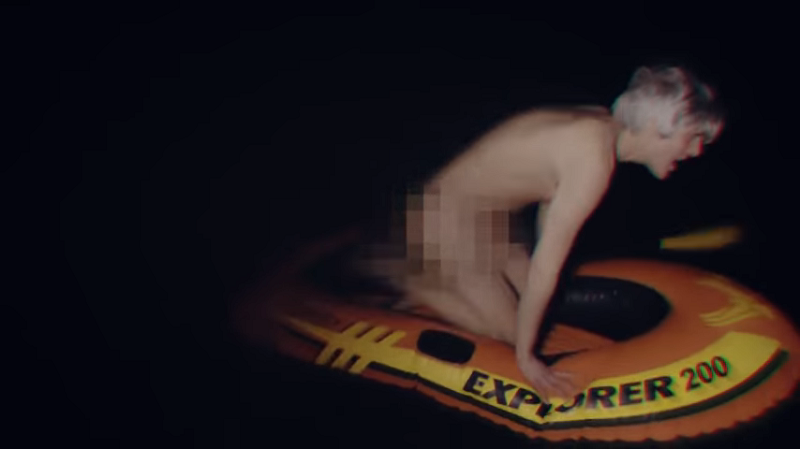 We Are Scientists Reveal New Video

We Are Scientists accompany their most potent ‘Megaplex’ single yet with an arty clip, in which Keith Murray dares to expose more than ever before.

In admiration of the physical challenges facing Leonardo DiCaprio in The Revenant, the band’s Keith Murray (guitarist/vocalist/exhibitionist) demonstrates his dedication to the art of performance by revealing a side that has so far been unseen, with ‘Heart is a Weapon’.

Chris Cain (bassist/director/visionary) explains: “To make this video required that Keith face the physical challenges of DiCaprio’s performance in ‘The Revenant’ while I attempted a tracking shot on par with the best of Scorsese. To merely say that we succeeded in those things is to ignore the metaphysical punch of the video’s potent message.”

“Unless you’re willing to brave death — and, here, that means facing the literal threat of exposure, drowning, tetanus, and (probably) a wolf attack — then, in my estimation, you haven’t earned the right to sing three-minute radio-pop songs,” says Keith. “Now, I’ve earned it.”

Several pop bangers such as ‘Your Light Has Changed’ and ‘One In, One Out’ have already been released as singles from the album, with the latter praised by Indie Shuffle as a ‘synth-y step forward for the indie-at-heart duo.’ The bass-led verses, catchy hooks and accompanying video on their newest offering is likely to leave a lasting impact.

The infamous duo is set to dazzle the world with ten brand new splashes of colourful and utterly addictive pop when ‘Megaplex’ is released in full via 100% Records on April 27th. With a huge UK tour on the way including dates in London at O2 Shepherd’s Bush Empire and an intimate Rough Trade East in-store, We Are Scientists look forward to showing off even more sights and sounds that have kept a loyal fanbase fully entertained for 18 years.