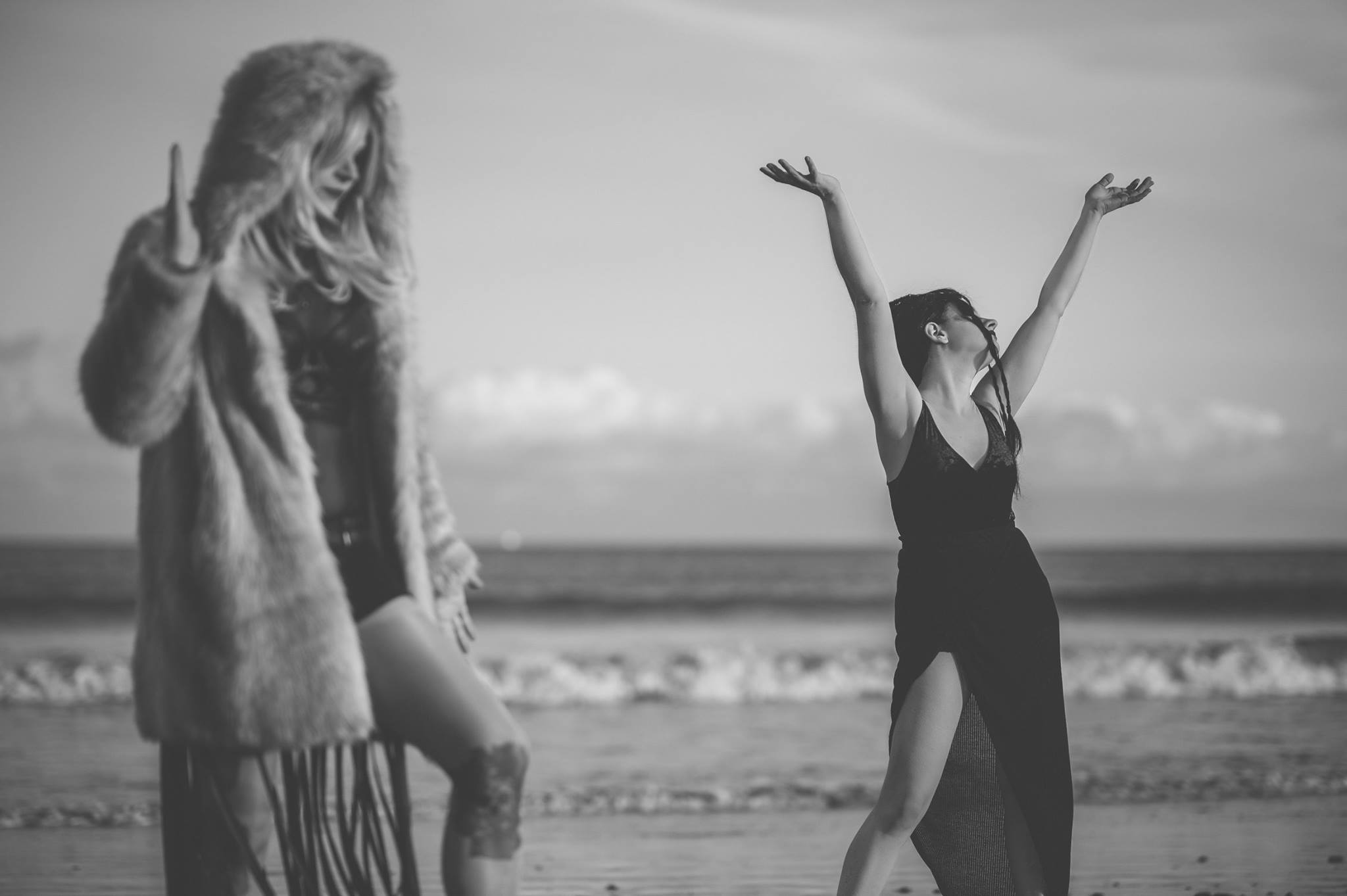 Fresh from supporting The Pearl Harts, Hull/Leeds-based sister-doom duo CHAMBERS are pleased to announce news of their debut EP Ivory Castle set for release later this year via I’m Not From London Records.

Today, the band have revealed the video for ‘Silence’, the EP’s lead single which is set for release on 27th April 2018 on all good digital service providers, premiered exclusively with AVAKIN LIFE, a 3D virtual world developed by Lockwood Publishing Ltd.

With the advent of VR gaming, communities like Avakin and other role-playing games are allowing people to create and assume new identities or play with preconceptions of how they present themselves in reality versus online, something which ties into the band’s approach to self-expression and identity.

Speaking about the innovative approach to releasing their music, Chambers said: “People have the ability to be exactly who they want in VR gaming. It’s another form of escapism. Our music and lyrics are from a humane and passionate place, and people from all walks of life can relate to them. We’re really into art and fashion and Avakin users seem to really like to explore how they dress up and decorate their online homes. It’s a shame more people don’t feel as brave about expressing themselves in real life.

“The great thing about Avakin Life, in particular, is the Venue, where people can go watch and listen to a band perform. Not everybody has access to go see their favourite bands perform live. Chambers has a fan base all over the world, particularly in Mexico. At present we’re only touring Europe so our Mexican fan base don’t have access to our shows. Avakin Life’s Venue is a great option for them.”

A spokesperson from Avakin Life said of their partnership with the band: “Virtual platforms give a sense of privacy that allows for self-exploration in a way that our day-to-day lives often don’t. Online worlds let individuals express themselves honestly in a creative space — which is such a wonderful thing to be part of. We love collaborating with artists that showcase the full range of diversity in our community.”

The video for the single centres around a special dance routine choreographed by the band themselves to communicate the lyrical content of the song.

“Lyrically, I had this vision of someone waiting for someone to love them back, whether that be in their mind or at a window looking out for their loved one to return,” says guitarist Aeris Houlihan of the new single “ We borrowed a little from Lindsay Kemp in this video. We wanted to emphasise the lyrical content through the form of dance, so we choreographed the piece specifically to emphasise the lyrics without having me sing. I also suggested we focus on Ellie for this video, especially with her being a natural at dancing. She did a great job! She’s a very talented lass.”

Drummer Eleanor Churchill adds: “I wrote the lyrics about a relationship which disappeared but ultimately made me a stronger person. This song is my favourite to play from the album because the lyrics reflect a time where I felt low but writing them made me feel high. Silence is for anyone who has ever felt heartbreak but has regained power from the situation.

“It’s about a situation where the person you love has all the control and they lose interest. Eventually, you move on but then they want you back. It’s about wanting what you can’t have, playing games and keeping secrets. The dance choreography in the video is like a spiritual presence which portrays the story of the song.”

Further live dates and details of the EP will be revealed over the coming months.