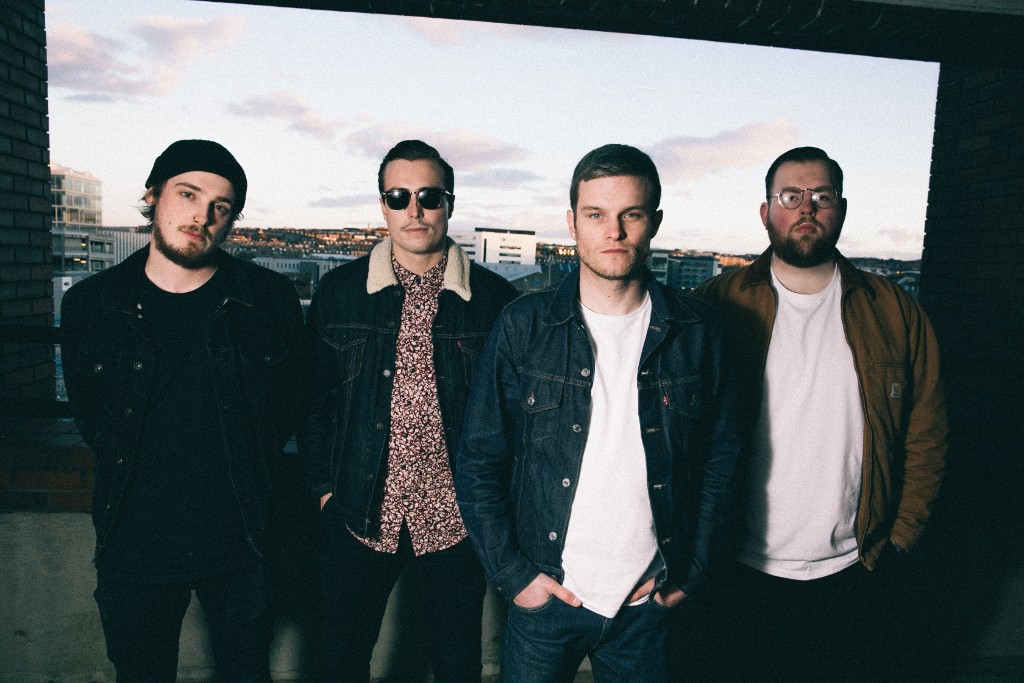 Written and recorded exclusively for their ‘Amped Up’ feature in the last issue of Kerrang! Magazine, the single has already received airplay from the BBC Radio One Rock Show.

The news comes following a hugely successful run of German tour dates for the band, including a support slot with Tiny Moving Parts, and they appear at the Heavy Music Awards 2018 launch night at Gorilla in Manchester tonight, 25th April, alongside Milestones (UK) and Loathe.

“So the thing about records is that by the time your record comes out, the reality is that you’re already working on another one,” said frontman Ross Gordon speaking to Kerrang! “The time-frame between hearing masters for the first time and records coming out can be 3-6 months minimum. I write constantly. Like all the time. I think taking a break is just an excuse for having writer’s block. So for us, it’s important to just keep writing all the time.”

The band is currently working on material for the follow-up release to Northern Blue, with ‘Endless’ serving as a precursor to the direction the new material is taking, as Gordon continues to explain: “When Kerrang! approached us for the feature we had to finish it, record it and get it all mixed and mastered within 7 days. We all work jobs so it was a lot of late nights, between rehearsing for tour and playing the AECC in Aberdeen for the Brewdog Annual Conference as well so it was real stressful, but also really fun.”

Mixed and mastered once more by Neil Kennedy, the man behind the enormous sound of their Northern Blue EP, it’s a bold new direction for the band who are keen to flex their musical muscles and show there’s much more to them than they’ve shown to date.

[Neil] is incredible,” enthuses Gordon “He just gives us the sound we all have in our heads. Louis [Craighead, bass] produced it all and without him, we would have been so screwed. He’s such a natural, and it’s awesome to have a producer/engineer/best friend play in a band with you. From a lyrical perspective a lot has happened to me in the past 2 years since we wrote Northern Blue, and to be honest I wanted that to come through in the music. I’m in such a good place now and I think this song is actually pretty happy for a change!”