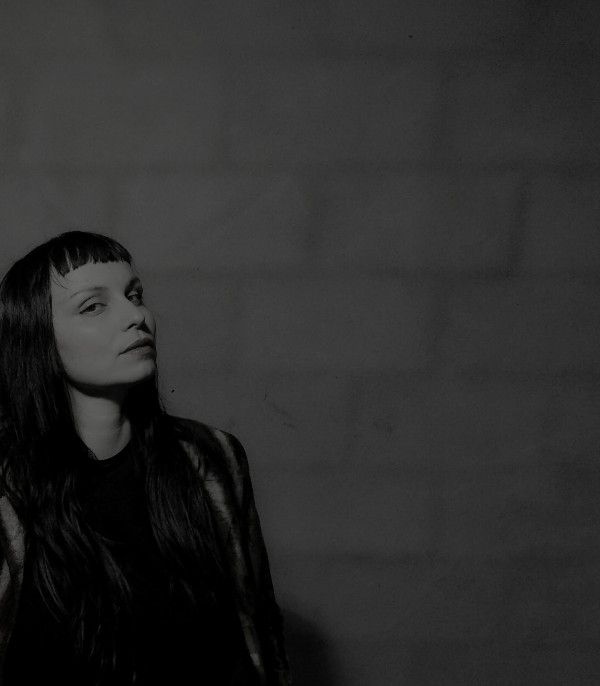 In anticipation of the release of debut album ‘Colt’ on June 8th via Sacred Bones Record, Dublin-based artist Hilary Woods has shared a new track & video from the record, “Prodigal Dog”.

Speaking about the visuals for the new single, Woods said “”For Prodigal Dog” I set out to make a video that was slightly claustrophobic, cyclical, predominantly black in colour, one that traced the internal feeling from where the song was written.”

Hilary Woods’ artistry is one of rare emotive reach. Her minimalist and compositional finesse combine with densely layered atmospheric instrumentation and dreamlike vocals to create music rich with both delicacy and intensity.

After the release of two critically acclaimed EPs, Woods spent 2017 writing and recording songs on an eight-track in an abandoned flat she was living in at the time. Layering piano, synth, tape machine, field recordings, vocals, drone, unadorned beats, and old string instruments, these songs culminate in her debut solo LP Colt. Straddling the acoustic and electronic worlds, Colt is an intensely personal journey through grief, abandonment, and mutating love. Woods navigates this journey with a lyrical potency that cuts through stark piano, sensuous synth work, and textural acoustics. Somewhere between Marissa Nadler, Grouper and Julee Cruise, these songs evoke both the anguish of their content and the ecstasy of their craft.

The power at the heart of Colt is a siren’s song, at once mysterious, dark and beautiful, pulling you in. Opening song “Inhaler” is a conceptual cry for oxygen, illustrating the desolation felt in the absence of a lost lover, but the song’s velvet fluidity feels like a long, enveloping exhale. “Jesus Said” is an entrancing expression of abandonment and catharsis, seeking absolution where none can be found. Percussion is sparse and intentional throughout the record, and “Jesus Said” is one of few songs with prominent beats. When the beat finally breaks the tension of the longing introduction, it creates an intoxicating kaleidoscope of rhythm and improvised piano. Written and recorded at home in Dublin, Colt was mixed by and co-produced with James Kelly (WIFE, Altar of Plagues) in Berlin in the winter of 2017. The dynamics of the production serve to temper layers of instruments, giving the compositions breathing room to match their pacing.

Growing up in an artistic household on Dublin’s Northside, Woods studied film and literature, dropping in and out of fine art school. In 2014, she returned to music to record in whatever free space was available in and around the city. A singular vision and tenacious creativity has seen Woods cross multi-disciplinary thresholds, exploring visual and performance art alike. In 2017, she was chosen as Dublin Fringe Festival’s “Wild Card” artist after writing a theatre piece from sound design. Whilst earlier in the year she was asked to compose an original score for a horror film as part of the Irish Film Institute’s season celebrating the cinema of the Weimar Republic.

“Colt was created as a way to process and make sense of the everyday,” Woods imparts. “As a means to speak with inner voices, explore aloneness, and understand the complexities of desire. As a vehicle for imaginative flight, as a quest for resilience and connectivity to the outside world, as a medium through which to journey into the present, to temper the mind and inhabit the body.”