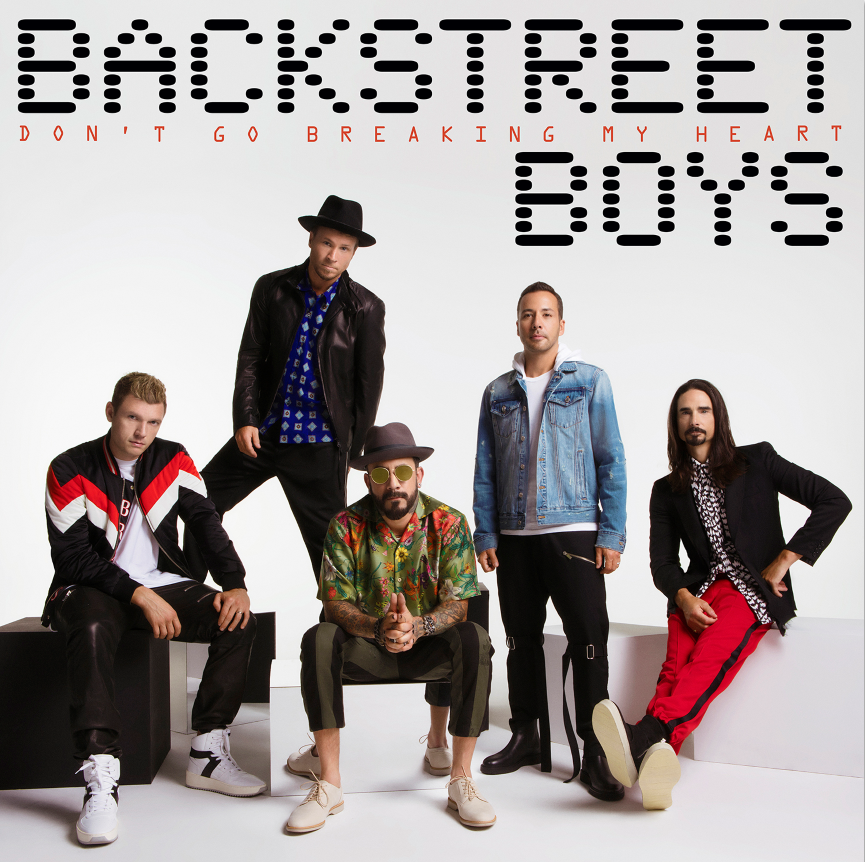 On the heels of their 25th anniversary, the Backstreet Boys have signed with RCA Records who released their electric new single “Don’t Go Breaking My Heart” on May 17th, along with its official music video directed by longtime BSB collaborators Rich + Tone.

“The minute we heard this song we knew it was special,” says Kevin Richardson. “I geeked out over the piano and synths. When that groove drops on the second verse, COME ON. Great verse, hook, and melodies. Just makes you wanna listen over and over again.”

In support of the new single, BSB will return to the Good Morning America Summer Concert Series in New York’s Central Park on July 13th. The group will also perform at a series of summer radio shows like this year’s KIIS FM Wango Tango before returning to their record-breaking “Backstreet Boys: Larger Than Life” Las Vegas Residency.

Recorded immediately after the first leg of their highly successful Las Vegas residency, “Don’t Go Breaking My Heart” has the energy of a group who had a remarkable year and who channeled their excitement into a new song that hits harder and funkier than ever before.

It’s hard not to think the group’s latest activities didn’t shape this track. Whether it’s the creative relationship with Florida Georgia Line that earned BSB their first #1 Country radio single; working with a variety of new and young producers; there’s an undeniable energy and creativity surrounding the Backstreet Boys and “Don’t Go Breaking My Heart” is an extraordinary new track from a group who continues to impress 25 years into their storied career.

“We’ve been working our ass off for 25 years,” says AJ McLean “and with the support of RCA and our contemporaries, we know we’ll be performing for fans, both old and new, for a really long time. It feels like we’re just getting started.”

For 25 years, the Backstreet Boys have been one of the most successful groups in music history and continue to be one of pop’s most influential performers in the world. With countless #1s, record-setting tours, numerous awards and worldwide sales in excess of 130 million, BSB has been recognized as the best-selling boy band in history.