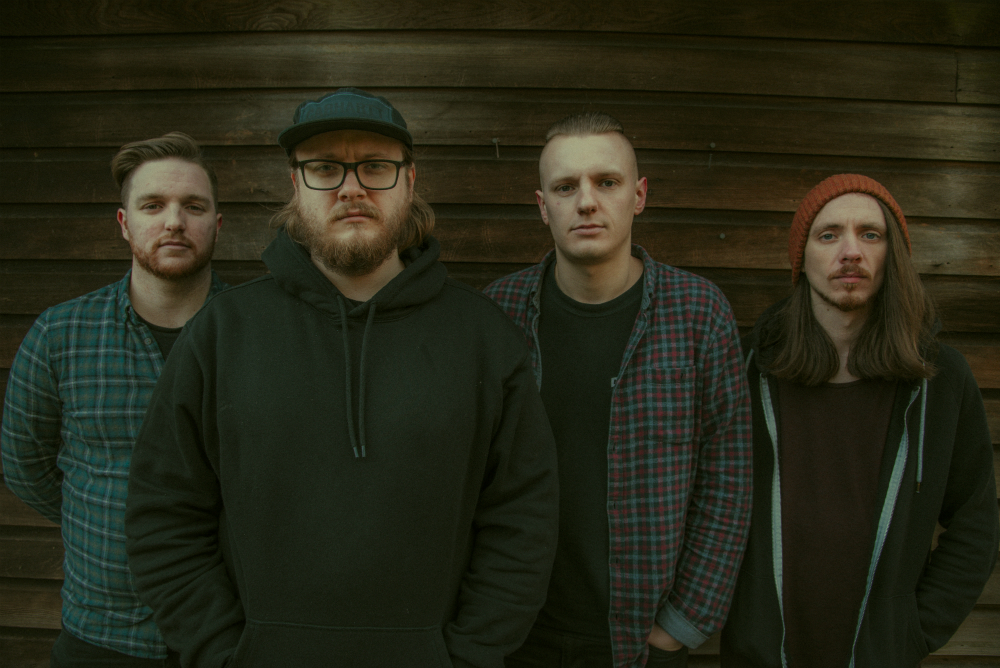 Plymouth band Patrons have released a searing new single along with accompanying lyric video. ‘Saorsa’ is “about finding salvation in letting go of bullshit and focusing on the things that truly matter,” says vocalist/guitarist Danny Brooks. “Life is full of struggles. My own life, over the last few years, has been the hardest it has ever been, but this song deals with the letting go of unnecessary negative energy.” The band will be taking all their positive energy on the road in June on six UK dates supporting their friends in Haggard Cat.

Patrons released their debut album ‘As Above, So Below’ last year to critical acclaim. There are few bands in today’s current scene that can craft such intricate and personal music in the studio, whilst maintaining such ferociously passionate performances on stage. Danny, Olly, Mark and James have been the closest of friends for the majority of their lives and that’s something that really shines through in the cohesion of their music. When a band is built upon such strong foundations, there aren’t many things that can stand in their way. They draw inspiration from personal events, using whatever life throws at them to propel their musical ambition.

Musically, Patrons’ influences are ever growing, yet there is a deep-rooted love of the epic scale of song-craft by bands like Black Peaks, Arcane Roots, Bad Sign and Manchester Orchestra. The band have supported and played with a plethora of artists including Every Time I Die, The Xcerts, Black Foxxes and Rolo Tomassi.