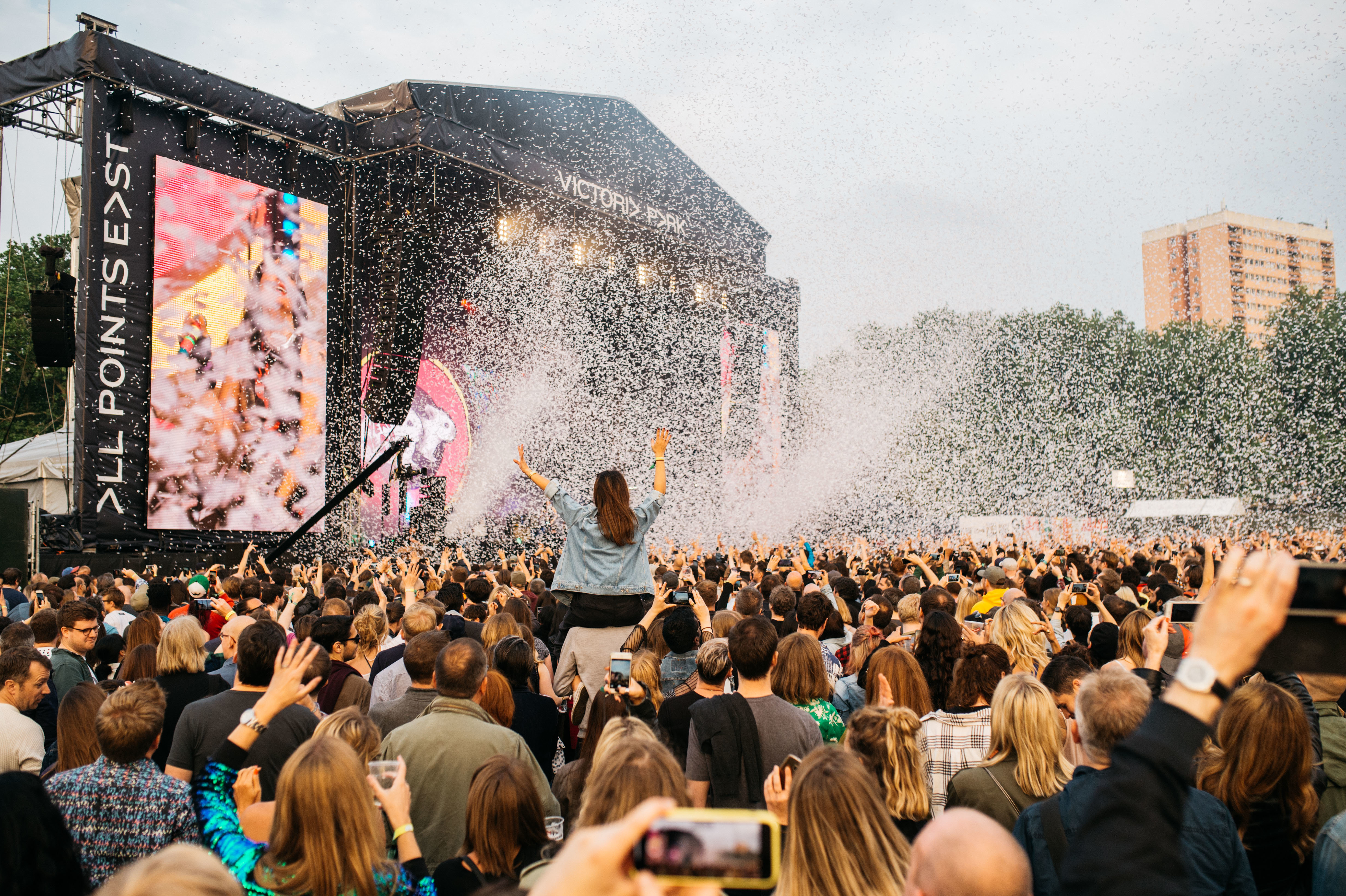 Festival fans flocked in their tens of thousands to the first ever date of All Points East, the brand new festival spectacular set in East London’s Victoria Park. The new festival concept was embraced by fans who enjoyed sets from some of the most incredible artists on the planet kicking off the bank holiday weekend in spectacular style. Festival headliners LCD Soundsystem played a hit laden set featuring classics such as ‘I Can Change’, ‘Tribulations’ and ‘All My Friends’. The crowd had been warmed up by a blistering set from the Yeah Yeah Yeahs, playing in London for the first time in five years who ended their set with an explosion of ticker tape. Young Fathers and Glass Animals delivered outstanding sets to huge crowds.

Despacio was an undoubted highlight as the travelling discoteque attracted fans of music of all genres. Despacio will take place over all three days of All Points East.

The JägerHaus was also one of the hottest places to be on the first day of the festival, with stunning intimate performances from the likes of Bakar and Vessels, as well as a suitably massive DJ set from wonky pop legends Hot Chip.

The North stage played host to some of the brightest in new and revered music. Hookworms delivered a set that dived into their latest album, Chromeo were stylish and sophisticated and Phoenix delivered some Gallic pop flair. Whenyoung and Yonaka lit up the Firestone stage.

The next two days of All Points East festival will feature a headline set on Saturday from the XX with other artists including Sampha, Popcaan, Stefflon Don and Lorde, amongst others whilst Sunday’s shenanigans will feature a not to be missed headline set from Bjork with alongside a thrillingly diverse cast including Beck, Father John Misty and a stunning once in-a -lifetime 3D show from Flying Lotus.

APE In The Neighbourhood will host a programme of free activities in Victoria Park over four days between the All Points East Festival and APE Presents… shows. With a focus on community involvement, activities will be run by incredible local organisations and suppliers. Activities include free outdoor cinema, live music & entertainment, street food, pop up bars, theatre, arts, sports & wellbeing, children’s activities and much more. As part of a dedicated drive to provide free content for local residents and the wider community and to support local businesses, the weekday programme takes place during half term and on the Bank Holiday making this an ideal destination for families as well as fun loving Londoners.

A truly unique festival environment, an excellence in production, facilities, hospitality and customer service unlike anything seen before in Victoria Park will underpin the entirety of the 10 day event.

Tickets for All Points East Festival and all three APE Presents… shows are on sale now from www.allpointseastfestival.com .