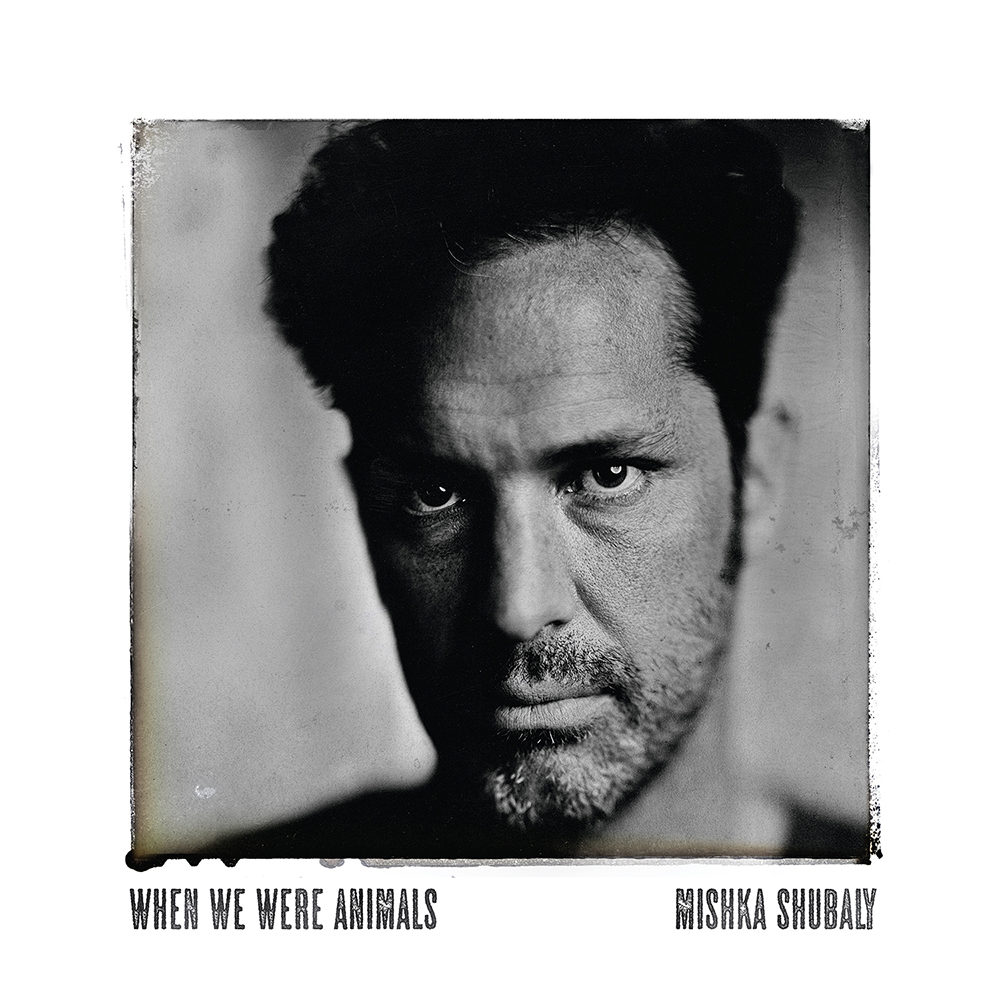 Mishka Shubaly – When We Were Animals

Canadian born Mishka Shubaly earned a Masters degree in Fiction from the prestigious Columbia University in New York. But his heart has always been in playing and writing music – although he has produced a few bestsellers along the way. He has now become something of a cult favourite in the States, gaining exposure as a comedian and speaker as well as a rock musician.

To call Shubaly an interesting character is a complete understatement. His multitude of various accomplishments includes a collection of short memoirs with a forward from Amazon CEO Jeff Bezos, a well received writing workshop at Yale University and surviving years of alcohol and drug abuse. Oh, and now sober he has developed a penchant for running ultra-marathons – races that are 50 to 60 miles long for those who don’t find the standard 26 miles to be quite enough.

When We Were Animals is an interesting, if not instantly accessible, album. It combines lyrics dripping in characteristically dark humour with big guitar riffs, and it takes a few listens to appreciate it fully. Shubaly’s sleazy rock sound is more dive bar than arena, delivered in a low growling voice that makes sandpaper seem smooth. Think Lemmy with a sore throat and you won’t be too far off.

But the sound fits the subject matter perfectly – a collection of largely self deprecating songs that focus on the aftermath of failed love affairs and the comedown from a whole variety of highs. It’s bleak and hard hitting, yet the humour Shubaly manages to find gives a hint of the survival instinct he clearly possesses.

Opening track Forget Me typifies Shubaly’s description of himself as a recovering misogynist, the song sitting somewhere between apology and expression of regret. Animals is a standout, its slower tempo allowing the lyrics to roll our sonorously against a female counterpoint that adds light to a dark track. Last Of My Kind is similar with Cait O’Riordan (The Pogues) proving vocals. World’s Smallest Violin is lyrically very clever, telling of a strange sexual encounter while high on drugs and is full of vivid imagery.

When We Were Animals is an unusual listen. It’s definitely not your typical rock record, but musically it works well. Yet it doesn’t quite feel like a novelty album either. Overall it is deep and powerful, and while its combination of humour with darkness may not be for everyone, it is sure to appeal to many. Mishka Shubaly may well be something of an acquired taste, but his work is well worth checking out.

Venue: When We Were Animals
Support Band: Widemouth Records