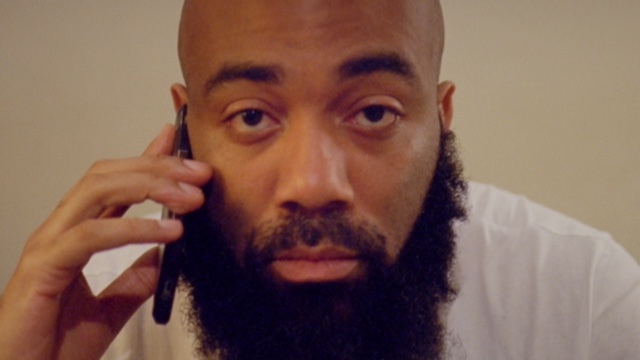 Murkage Dave has released a stunning video for his long awaited new single ‘You Always Ring Me When I’m Busy’.

Taken from his forthcoming debut album, ‘You Always Ring Me When I’m Busy’ is a confessional, introspective new cut that once again pushes his sound into exciting new territories. Filmed around Hackney, the clip takes the emotive cut to cathartic new heights.

The track is accompanied by Salvador Dali-inspired artwork courtesy of Swedish illustrator Johanna Burai, and a Marco Grey-directed video is set to follow in the coming weeks.

Murkage Dave is fresh off tour with The Streets and recently announced that he’s one of the latest round of artists to receive support from the PRS Foundation’s Moment Music Fund in association with Spotify.

Last year saw Dave collaborate with Jaykae on the Skepta-produced ‘Every Country’, which recently reached 1 million streams on Spotify, and earn a triple-platinum plaque for his contribution to French rapper Nekfeu’s ‘Cyborg’ album. Dave’s debut album is slated for release in September.

“who are these people in your house?
you invited them. you must have.
people don’t go where they aren’t invited.
and all they’re doing is giving you back the ting you gave them anyway.

before the split fare function everyone was looking in your boat at the end of the ride, patting down their pockets for imaginary shrapnel.

maybe it’s time for a nigga to stop looking round the room and tend to the back garden instead.
it only takes a minute for things to tip over.”

Leytonstone-born Murkage Dave has found himself at a unique crossroads between musical styles and practices.

“I could never make music for the sake of it,” Dave says. “I can only make music when I have something to say. So much mad shit has happened over the years so now I have some real stories to tell.”

In the past year he’s collaborated with Mike Skinner, Jaykae, Skepta and French rapper Nekfeu (for which he received a double-platinum plaque), as well as reaching the ears of Pharrell Williams who played his track ‘Car Bomb’ on his Beats 1 show OtherTone.

Tracks like ‘Put You On My Shoulders’ and ‘Every Country’ received strong support on Spotify playlists, such as ‘Fresh Finds’, and made their way into regular rotation on BBC Radio 1 and 1Xtra, with backing from Jamz Supernova and MistaJam.

As well as his solo material, Dave is also a member of HALFBROTHER, the duo he formed with producer and vocalist Scally, which has received critical acclaim from publications such as i-D, The Fader and Paper Mag.

Outside of his work as a recording artist, Dave – who cut his teeth throwing parties in the Manchester rave scene – also runs TONGA, a club project in partnership with The Streets’ frontman Mike Skinner.