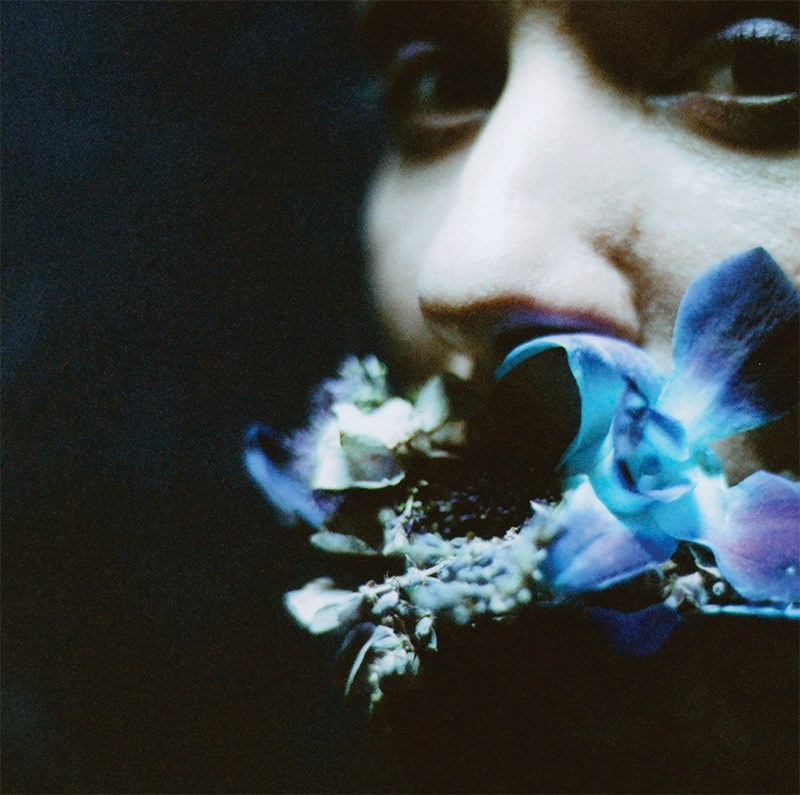 Mono is one of the absolute hubs of Glasgow’s music scene, a bar come music venue, come wildly eclectic, if highly selective record shop, so really couldn’t be a better venue for Circuit des Yeux. This isn’t so much for it’s indie cred, as for the eclecticism; if Circuit des Yeux, and lead singer/songwriter Haley Fohr are sometimes (mis)characterised as folk musicians, this gig showcases them as inheritors of pretty much
Nowhere is this clearer than when Fohr acts as her own support act, performing an extended, mainly instrumental composition on a keyboard with occasional flourish on violin, all washes washes of sound and minimalist clusters of notes which she periodically augments with vocal intonations. While these may be restrained by her standards – she doesn’t let rip until the main set – it’s an immensely atmospheric performance, and a perfect way to see in the sunset through the venue’s windows and glass roof.
She takes to the stage again less than 30 minutes later as part of a four-piece band, with a violinist, drummer and upright bassist, performing a stripped-down version of their latest album, Waiting For Indigo. That album was the product of a period of intense turmoil for Fohr, one confronted on opener Brainshift attests to momentous nature of this experience, culminating in her screamed injunction to “Just surrender! Just surrender!” There isn’t much else the listener can do.

You can’t write about Fohr without mentioning that voice – an incredible four octave baritone that has to be the most imposing and atavistic that I’ve been in the same physical space in since I last saw Anohni live, and one that also challenges gender clichés, or at least how women are supposed to sound on indie records.
She also knows when to rein it in however, as do the whole band; in some ways, the gig is a masterclass in restraint, with not a wasted note, and everything they do play hitting with maximum impact.

Philo is incredible, Fohr coming on like a Patti Smith for this generation as the drums build to – silence, followed by a violin screech and Fohr positively letting rip, with vocalisations that might out the fear up Diamanda Glas. The album’s centrepiece, Paper Bag, opens fairly straight, but reveals even more of the band’s musical roots. If it announces itself with arpeggations that can’t help but recall Terry Riley, but as it progresses, it expands to veer closer to improv, still a major element of the Chicago scene, with an extended bass solo and Fohr’s vocals leaving language behind entirely, to go beyond speech into something more akin to speaking in tongues.
After this, A Story of This World comes across as relative light relief, its rollicking, ‘70s rocking rhythm adding more positive vibes for Fohr to play off.
Near the end, Fohr confides to the audience, “We don’t always sound this good”. If the next time I see them they’re half as good, it would still be worth travelling to see this band.