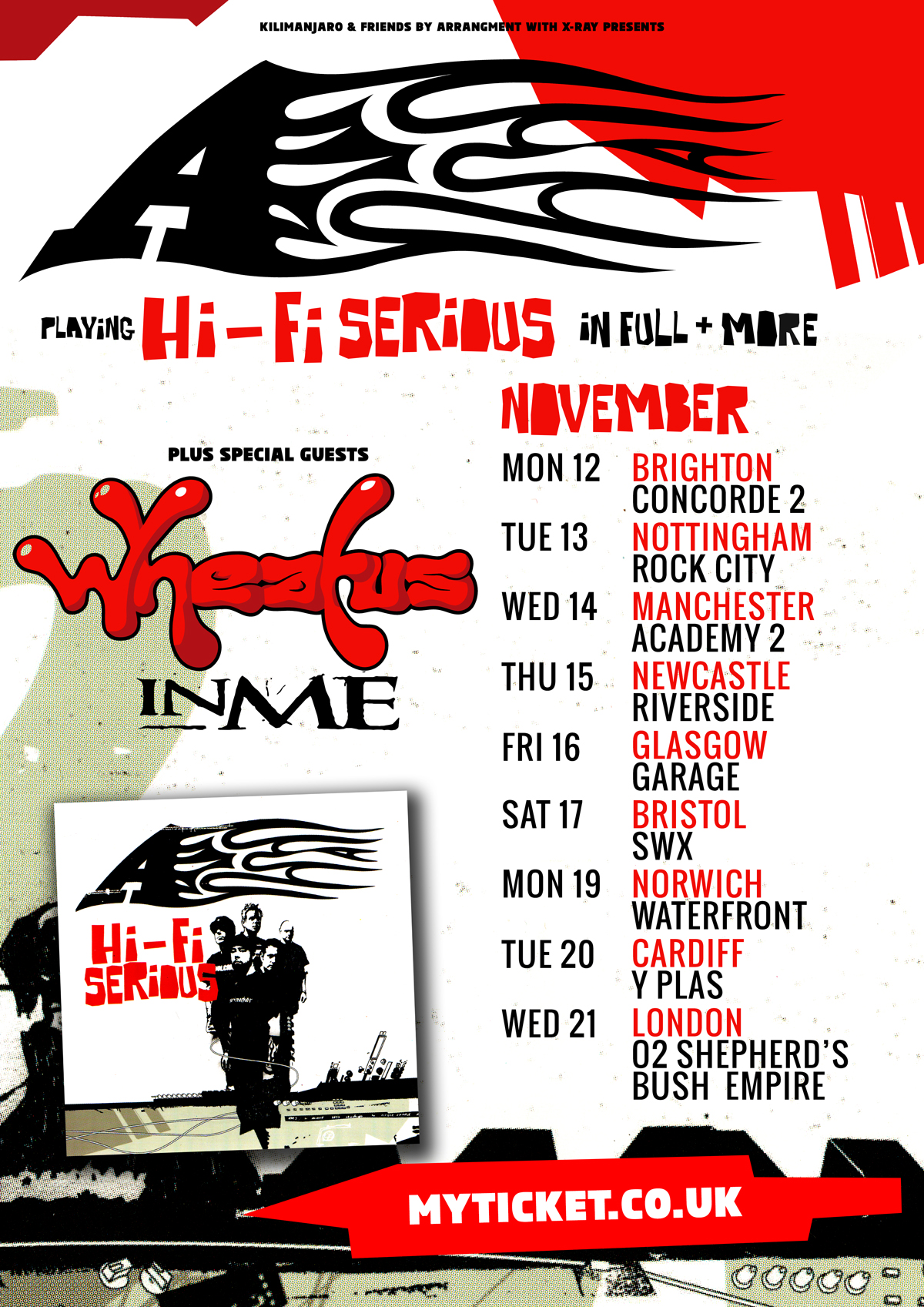 Alt rockers ‘A’ have confirmed a 9-date UK tour in November 2018 which will see the band play their ‘Hi-Fi Serious’ album in full plus other hits from over their impressive 25 year career. Tickets go on sale on Friday 15 June via myticket.co.uk. Formed in 1993 in Suffolk,‘A’ have released four studio albums and two live mini-albums – ‘Hi-Fi Serious’ was released in 2002 as their third studio release and spawned Top 10 hit single Nothing. The band have played many sold-out shows across the world and last toured earlier this year with Hell Is For Heroes, having been joined full time by former McFly guitarist, Dougie Poynter.

Commenting on the tour “We’re so excited to finally do a proper tour and to be playing HiFi Serious in full. We’re super excited to welcome Wheatus and InMe on this tour, it’s an amazing line up, plus we’ve found the old HiFi Serious backdrop in a lock up. It’s a bit mouldy but we’re gonna get the vanish out and get it back on the road! The only downside to playing the album in order is that we have to open with ‘Nothing’ and it takes a brave band to open with their biggest song. So get there early as the last thing we need is to play it twice as its quite hard to sing !… I never thought I’d say this but bring on November!” – Jason Perry, A

“I had heard a lot about A and the album ‘Hi-Fi Serious’ while on the road in 2002, but didn’t get a chance to hear anything until I saw them live, side stage, at a Uni gig we played together. And that was for the best, really, because they’re an incredible live band. I thought they sounded like if Hundred Reasons, Quicksand, Feeder, and Helmet all came together. So yeah, awesome. We are very excited to be doing this tour… can’t wait!???” – Brendan Brown, Wheatus

“We’re thrilled to be a part of this incredible tour & it’s the perfect line-up for us to get our teeth back in the game! We have exciting news incoming & sharing a stage with such legendary bands is a dream scenario for us to launch the next chapter of InMe.” – Dave McPherson, InMe