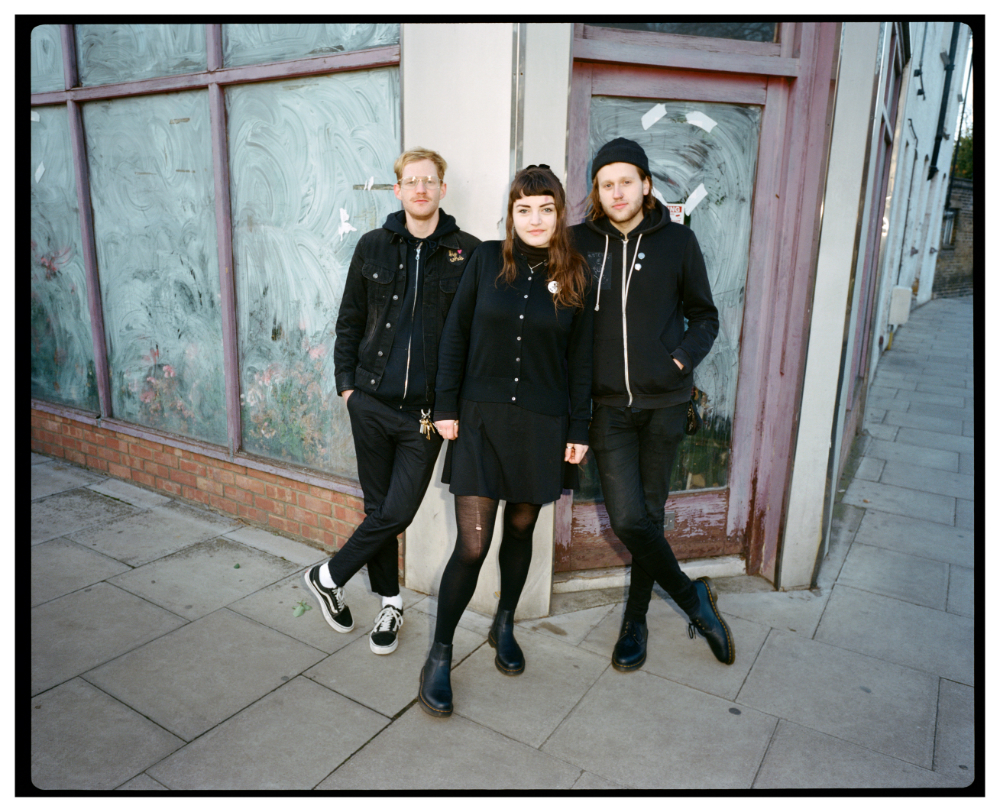 Muncie Girls have announced that their hotly-anticipated second album ‘Fixed Ideals’ will be released on 31st August via Specialist Subject Records in the UK & Europe, Buzz Records in North America and Lost Boy Records in Australia. The album was produced by Muncie Girls’ long-term collaborator Lewis Johns (Funeral For A Friend, Rolo Tomassi, Gnarwolves) at The Ranch and mastered by Emily Lazar at The Lodge (Morrissey, Coldplay, Haim).

The announcement comes alongside a newly-plotted UK headline tour with support from Australia’s The Hard Aches. Muncie Girls have also revealed the first single from the record with accompanying music video. ‘Picture of Health’ is an impossibly catchy slice of punk-driven melodic perfection, which was written when vocalist and guitarist Lande Hekt realised “how much easier it is to worry about your friends than it is to worry about yourself.”

Muncie Girls’ line-up is completed by guitarist Dean McMullen and drummer Luke Ellis and the three grew up in Exeter, playing local DIY shows to their friends, which is still something they enjoy immensely. Since the release of their debut album, they’ve toured the UK & Europe extensively and they’ve performed in Australia and Japan, as well as playing appearing at world-renowned festivals such as SXSW, Glastonbury and Reading & Leeds. They’ve received accolades from the likes of Stereogum, The AV Club, Kerrang!, DIY Magazine, Upset, DORK and plays on BBC Radio 1. ‘Fixed Ideals’ has also been supported by the Momentum Music Fund, managed by PRS Foundation, supported using public funding by National Lottery through Arts Council England, and PPL in association with Spotify.

Muncie Girls’ second album marks a progression as Lande played both guitar and bass when they were tracking. She comments “Having two guitars sounds really different and adds intricacy to the songs. I was listening to different music when I wrote the songs and when we recorded it so that probably sounds quite different. I was listening to a lot of The Replacements, Siouxsie and the Banshees, The Popguns and The Pastels so i wonder if any of that is audible! I think we all became a bit more adventurous when we were writing and recording this record.”

‘Fixed Ideals’ covers topics of anxiety and mental health, the effects of too much alcohol wasting potential, having a desire to learn and be educated, as well as focusing on personal relationships and the importance of friendship and family. And what we feel when those relationships let us down.