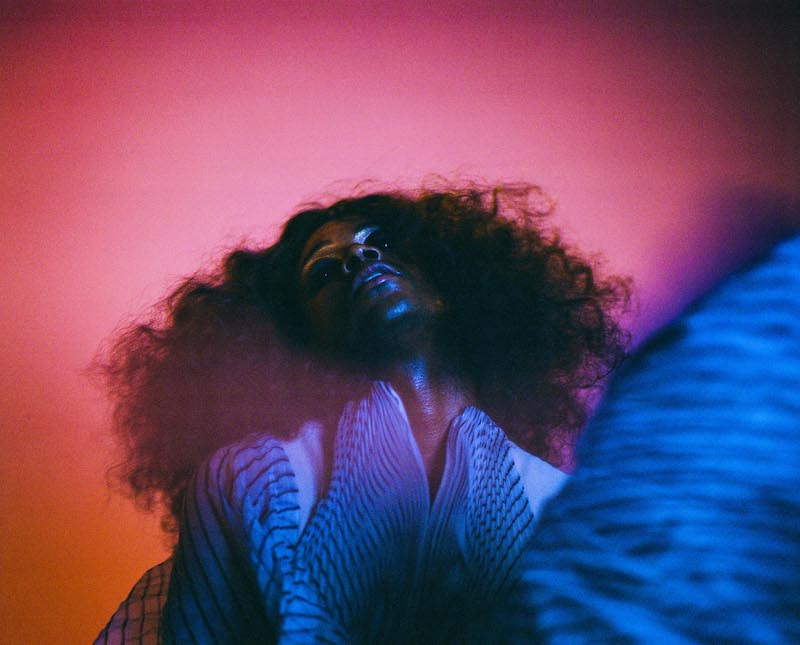 With their debut album ‘Power’ set for release July 13th via Tri-Angle Records, Houston-born, now Berlin-based, Lotic has unveiled a new single from the record, “Solace”.

Speaking about the new track, Lotic said “‘Solace’ is my reminder to myself that no matter how hard things get, trouble don’t last always! Hang in there, it’s gon’ be ok! It’s my self-reminder that I actually am a fearless bitch and that experiencing pain or hardship is not a weakness but a moment for growth, for strength.”

Those familiar with Lotic’s two 2015 EPs — ‘Heterocetera’ (Tri Angle) and ‘Agitations’ (Janus) — will trace a warm-blooded evolution: ‘Power’ retains the Berlin musician’s inquisitive intensity, while mining the depths of nuance like never before. Across its 11 songs, Lotic stretches their wings into unexpected new spaces, both compositionally, and, for the first time, vocally.

“It originally started as an empowerment album,” says Lotic. “I felt that I needed to offer something outside of myself, as sort of a healing moment. And then I lost my apartment. Mentally, I could only work on music once every three months or something. The question of what would be empowering — the answer to that changed so often over a two-year period. I had to figure out who I was all over again. With this record, I went back and incorporated all of my musical selves.”

Lotic was born in Houston and studied electronic music composition and saxophone at university. They moved to Berlin in 2012, where they helped form the Janus club collective. In 2015, they were commissioned to create two remixes for Björk’s ‘Vulnicura’, and subsequently were invited to be the opening act at her live show in Berlin.

‘Power’ is grounded by Lotic’s love of Texan marching bands — “Beats and drumming are so integral to black culture,” they explain — and was in part inspired by Ta-Nehisi Coates’s Between The World And Me.

As well as being available digitally, ‘Power’ will also be released on limited edition vinyl, housed in a die-cut sleeve designed by Marwan Kaabour, and will feature a vinyl-only exclusive track called ‘Burn A Print’. The album artwork was shot by acclaimed director and photographer Matt Lambert, styled by Rich Aybar and features Lotic wearing clothes designed by Iris Van Herpen.

Per a recent announcement, Lotic’s pronouns are they/them.

On July 13th Lotic will present their debut album ‘Power’ amongst the immersive walls of MONOM’s 4DSOUND installation at Funkhaus, Berlin. As a physical realisation of the Houston born, Berlin-based artist’s spatially inquisitive work, this one-off event will serve as both a manifestation of the album’s microscopic nuances and a celebration of its release that day via Tri-Angle Records.