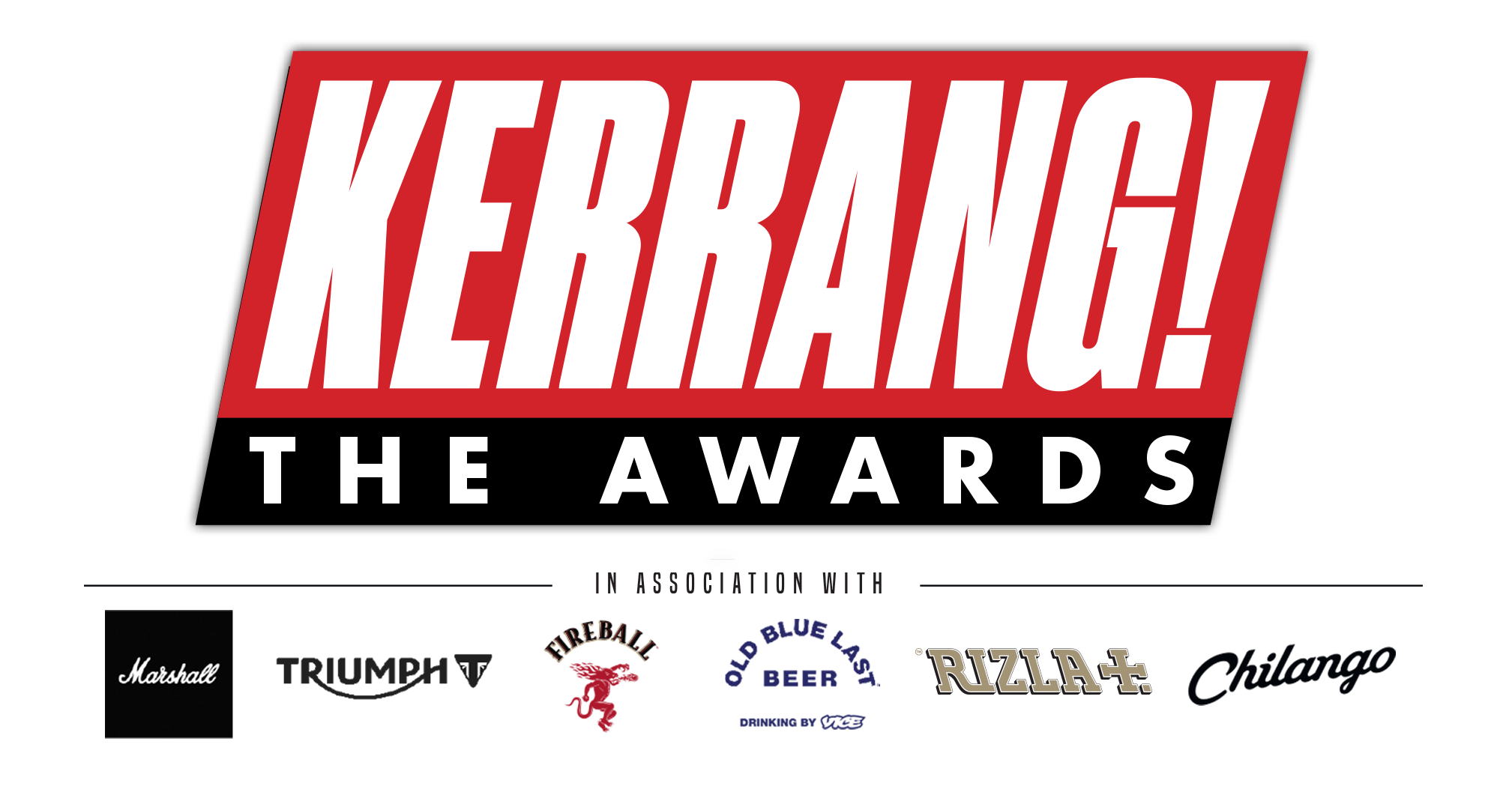 The most debauched night in the awards calendar – the Kerrang! Awards – made its grand return. The world’s biggest rock stars gathered in Islington Assembly Hall to battle it out for the awards, recognised internationally as the benchmark award in the world of rock. Three generations of bands were honoured and out in force to celebrate Kerrang!’s unparalleled position as the world’s best rock brand. From huge acts like Foo Fighters, Biffy Clyro, Tony Iommi, and Joe Perry, to UK stars Enter Shikari and Neck Deep united for a night of rock’n’roll fun at the prestigious bash.

“What a rollercoaster from start to finish! The Kerrang! Awards are back with a bang: the only place where the rock world’s biggest stars gather under one roof and celebrate the scene’s many accomplishments. Kerrang!’s longstanding tradition of championing new music is still very much at our core and it’s a privilege to shine a light on breakthrough acts Dream State and Code Orange as well as homegrown heroes like Enter Shikari, Biffy Clyro and Architects. When you have the likes of Joe Perry, Foo Fighters, Corey Taylor and Tony Iommi in tow as ardent supporters, the success of this awesome night only adds credence to Kerrang!’s position as the world’s best rock brand and the awards as the most rock ‘n’ roll night out bar none.”

Fresh from headlining the gigantic Etihad Stadium, Foo Fighters were in attendance and led the pack walking away with two awards. The rock giants picked up gongs for Best International Live Act in association with Old Blue Last and Best International Band by Chilango.

Legendary guitarist, co-founding member and co-songwriter of Aerosmith Joe Perry had his incredible career recognised with the Kerrang! Inspiration Award. The man behind some of the world’s most recognisable guitar licks had his award presented to him by actor and fellow Hollywood Vampires band member Johnny Depp.

Biffy Clyro were victorious in taking home Best British Band In association with Fireball seeing off the likes of Royal Blood and UK heavy metal titans Iron Maiden. The unstoppable Scottish tour de force have cemented themselves as one of the UK’s biggest and best bands and are currently celebrating an incredibly successful MTV Unplugged session.

Rock royalty and heavy metal pioneer Tony Iommi was presented with the Kerrang! Icon award. The Black Sabbath multiplatinum hit-maker is responsible for some of the world’s most memorable riffs and is often credited with effectively inventing heavy metal with his innovative sound and unique playing style.

Corey Taylor was in attendance to receive the very special Kerrang! Legend award. The Slipknot and Stone Sour frontman launched the first of Kerrang!’s ‘In Conversation’ series yesterday, giving 50 lucky fans the chance to get up close and personal with the star, who has played a pivotal part in shaping modern metal into what it is today.

British agit-rockers Enter Shikari didn’t go home empty-handed though as they won the coveted Best Album for their incredible fifth record ‘The Spark’. The band, who have successfully mashed up electronica and rock for 19 years, received high praise for the politically charged record which has seen them go from strength to strength, headlining their biggest ever UK tour which concluded with their second appearance at the landmark Alexandra Palace.

Kerrang!’s longstanding dedication to championing home-grown talent saw rising rockers Dream State pick up the award for Best British Breakthrough. The Welsh quintet have impressed at major festivals and have cultivated an ever-growing fan base in a short amount of time, and are well on the way to becoming one of the UK’s finest rock prospects.

It was an international showdown for Best Song with Wrexham pop-punkers Neck Deep picking up the gong for their huge single In Bloom, beating Marilyn Manson, Marmozets and Linkin Park’s Mike Shinoda in the running.

Best International Breakthrough was hotly contested with Greta Van Fleet, Turnstile, Waterparks and ex-Letlive frontman Jason Aalon Butler’s new project The Fever 333 all getting nods. However, it was Pittsburgh hardcore outfit Code Orange who came out on top. With their multi-layered approach to the genre and outstanding live presence, they’ve earned their status as torchbearers in the scene.