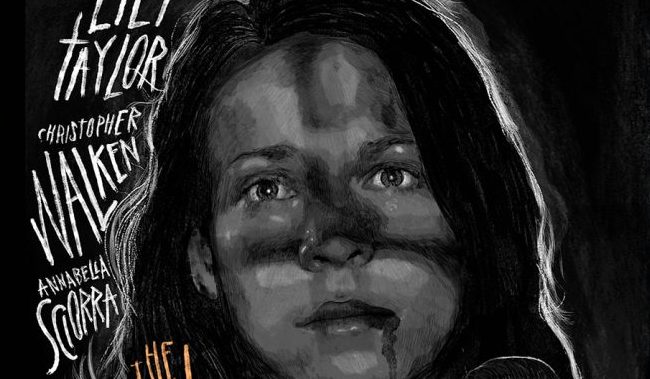 In the 1990s there was a resurgence of vampire movies. There was in the mainstream Bram Stoker’s Dracula (1992) and Interview with a Vampire (1994), Quentin Tarantino’s action vampire pic From Dusk till Dawn (1996) as well as some pretty dreadful comedies such as Vampire in Brooklyn and Dracula Dead and Loving It (1995). Made the same year was a very different horror film from Abel Ferrara, The Addiction.

Filmed entirely in noirish black and white, Ferrara effectively sets the film on the mean litter strewn streets of New York’s Brooklyn. Philosophy student Kathleen Conklin (Lili Taylor) is no different from any other student studying, drinking and enjoying discussions with friends. One late night waiting for a cab she is aggressively dragged off into an alley by a glamorous looking woman (Annabella Sciorra) looking out of place on the streets. She proceeds to bite Kathleen in the neck. As though she’s been mugged, she takes herself off to hospital A&E. Days later the student starts to lose an appetite and become sensitive to light until she has a craving for blood. In time she too begins to roam the streets and selfishly uses people to seduce in order that she can drink their blood. She even meets a man called Peina (Christopher Walken) and explains to her that she is a vampire. He claims that he too is a vampire and is going cold turkey, even showing signs of recovery (surely a cold turkey vampire is a cinematic first).

Over the years Ferrara has shown many signs of his ability as a horror director since his opening gambit with Driller Killer (1979). While the idea of a modern day vampire  might not be original, Ferrara’s handling is. Way back, with Jon Beal as The Vampire (1958) there are films in which being afflicted with vampirism is treated like a drug addiction. Closer still to The Addiction was George A. Romero’s Martin – the Vampire (1977) in which a young man who believes he is a vampire is addicted to blood. Prior to this there was also the Blaxploitation vampire film, Ganja and Hess (1972) and more recently still, the South Korean Thirst (2009). But The Addiction makes the addiction most related to heroin abuse. There is also the context that when Ferrara’s film was made there was much publicity about heroin addiction and AIDS being transferred through the sharing of needles as well as being transmitted through unprotected homosexual sex.

Ferrara’s film is a modern classic, beautifully shot in grainy but noirish black and white by Ken Kelsch looking superb on the 4K scan from the negative of the film, really bringing out the chiaroscuro shades. As usual with Arrow Video there are plenty of decent contextual extras including Ferrara himself interviewing the cast and crew and those involved with the film in a quality Making Of documentary. Other featurettes include an archive documentary and a commentary by Ferrara.