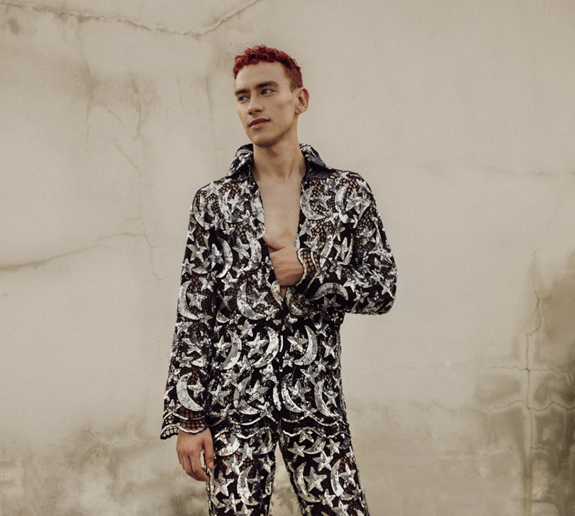 Whilst the euphoric pop of latest single ‘If You’re Over Me’ continues its ascent, ‘Palo Santo’ offers a darker side of Years & Years: here is a haunting, contemplative ballad which finds singer Olly Alexander at his most vocally soulful, and lyrically soul-searching.

‘Palo Santo’ was a highlight of the band’s ambitious, acclaimed return to the live stage at Radio 1’s Big Weekend, and follows a whirlwind of activity for Years & Years – from the premiere of their ‘Palo Santo’ short film (featuring Dame Judi Dench, Ben Whishaw and cult Thai actor Vithaya Pansringarm) to a breakout slot on ‘The Graham Norton Show’. The album will see a release on July 6th and will be launched with a ‘Palo Santo Party’ at London’s Roundhouse on July 10th.

Always band intuitively connected to great, homespun British pop classicism, ‘Palo Santo’ is an album that confirms Years & Years’ ascension to the world stage. At the core of it all is Olly Alexander, a once-in-a-generation front-man who understands more than most his responsibility as a pop star. His personal leap forward in scope and ambition is reflected in the album’s colorful mix of collaborators, which range from Kid Harpoon, Greg Kurstin, Julia Michaels and Justin Trantor to Steve Mac, Jessie Shatkin and Sarah Hudson. On ‘Palo Santo’, Years & Years’ impact on pop feels truly tribal, one in which the minority is always the majority, and everyone is welcome.

Part full-blooded, escapist fantasia and part social comment, for Years & Years this is about outlier pop as futurism once more, offering solutions when the wider world is transforming beyond recognition. With Olly drawing as much inspiration from cult sci-fi as the multi-sensory pop of Prince, Bowie or Gaga, in ‘Palo Santo’ Years & Years have created the perfect space in which to tell their most intimate, personal stories; on identity, sexuality, performance, and ultimately, what it means to be human