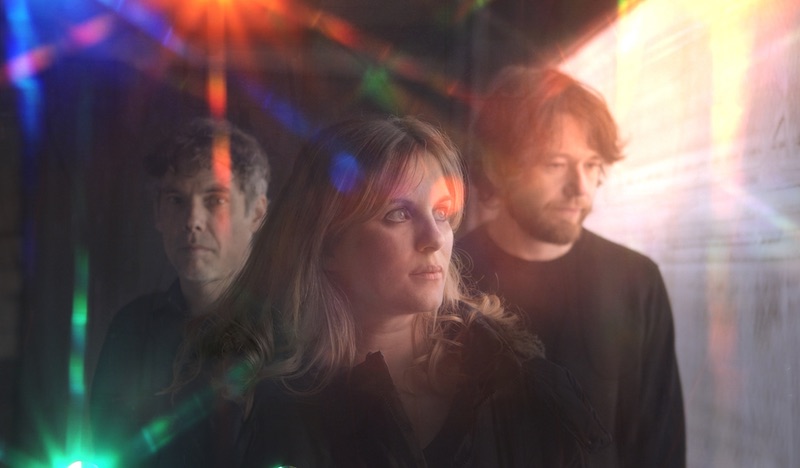 GULP share new video “I Search For Your Love”

After recently announcing their new album ‘All Good Wishes’ is due out August 3rd, Gulp, formed by Super Furry Animals’ Guto Pryce, Lindsey Leven and their long-standing guitarist Gid Goundrey, are sharing a new video for recent single “I Dream of Your Song”.

Gulp are on a journey, a state of perpetual transition. The band make mini Kraut-pop epics, informed equally by the sun flares of the Californian desert and the drizzle of pure, sweet Scottish rain and northern light. Debut album ‘Season Sun’ was a home-grown delight, a ramshackle, endlessly inventive selection of dreamy psychedelic nuggets to watch the world flash past.

A broader, wider, perhaps bolder experience than their debut, ‘All Good Wishes’ is rooted in fantastic pop songwriting, in creating three-minute vignettes that express complex ideas in a simple, accessible, endlessly fascinating way. “It usually comes from a simple melody, something Lindsey has come up with,” he explains. “I think if you’ve got a good song underneath things it helps a great deal. At the end of the day we’re big fans of pop music, the three-minute song with a chorus, and it’s just a matter of then exploring how to produce the song in a recording.”

Endlessly restrained yet infinitely open, each Gulp track is like a world in miniature, ideas borrowed from Krautrock and electronic culture slimmed down into these infinitely enjoyable pop songs. “It’s very organic, something we made at home in our basement,” he says. “We try to have an element of restraint in that as well, like for example in the amount of synths we use. We try to use only one or two actual keyboards, instead of using the million options that digital plugins offer.”

Minimalist Kraut-pop with a dreamy, Cocteau Twins esque vibe, recent single ‘Morning Velvet Sky’ was a potent introduction to the duo’s ever-shifting realm. Following on from introductory cut ‘Search For Your Love’ – released on Tim Burgess’ esteemed O Genesis label – ‘Morning Velvet Sky’ was mixed by Luke Abbott, and the producer cast his eye over the record as a whole during the final mixdown.

“When you’ve listened to it thousands of times, to be able to hand it over to someone for an outside viewpoint is incredible,” Guto explains. “Luke’s great – real open-minded guy, not too clinical in his approach. You can over-cook records and over-think things, but he’s more immediate”.

“Luke mixed the whole record,” he continues. “He lives in Norwich, and he’s got this little studio full of modular synths, a very interesting scientific type of guy. And Norwich itself is great; there’s a lot of well-minded people there, it’s a little oasis of good politics and people doing great music that doesn’t quite sound like other people. They’ve got their own thing going on.”

From Cardiff to Norwich and onwards to the Scottish East Coast, Gulp are tracing sonic ley-lines, empowering themselves, plugging into often over-looked artistic communities to fuel their next move. “We spent a lot of time on road trips listening to music, experiencing and enjoying different landscapes” he explains. “It’s especially apt in these times to see the good side of human nature; despite what the media portrays, people are generally sound, and it’s great be reminded of that in day-to-day living.”