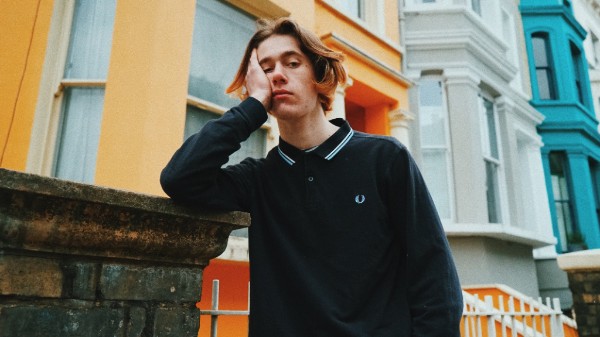 ‘Lavender’ is an effortless cut from the East Londoner, seamlessly bringing together elements of hip-hop, indie and R&B crafting something completely original and primed for the summer, a hit in waiting and a fierce statement of intent from the teenager.

Speaking about the track, Leyma said:

“When I was writing this the winter was finally looking like it was coming to an end, so the sun, along with the good situation I was in just all came out in the lyrics. Lavender is meant to be a dreamlike upbeat sorta song, representing all the best parts of summer. Being a summer baby I always feel good this time of year, so I just wanted to express that in the track…

This track is unlike any songs I’ve written before, I feel more confident about being myself no matter what emotions I’m in, so making a track like this to vibe with was an important step.

When you have a positive mindset, you appreciate where you are and who you have, everything becomes a lot easier. It’s too easy to become stuck in a negative place, and see nothing change.”

British solo artist Leyma (born Max Hanley) is an exciting new talent from East London. Creating music since the age of nine, today the 17-year-old has crafted his own lo-fi sound, fusing hip-hop, indie and R&B with his uniquely observational and personal lyrics.

Leyma made his debut last November with ‘W O R S T’, a 4-track EP, recorded and self-produced in his bedroom. The self-released single ‘youtreatme’ was featured on Spotify’s Fresh Finds playlist, receiving over 100k listens in just two weeks, with now over 180k to date and rising.

Drawing influence from everyday surroundings and those closest to him, Leyma can often be heard recounting struggles amongst the youth culture of today. With Leyma engrossed in that very same scene, he’s gained a loyal fanbase, which has made him one of the most exciting and relevant acts currently emerging from the Capital.