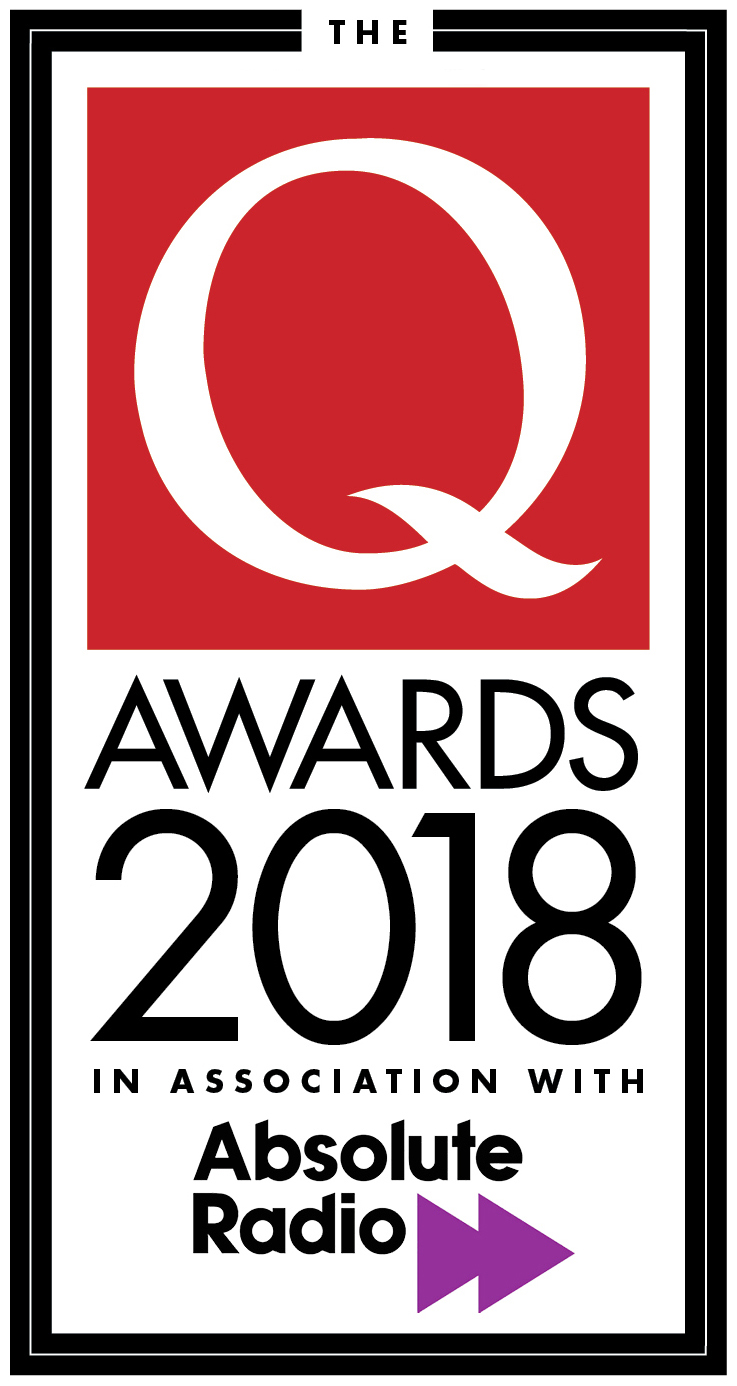 Q Magazine, the UK’s greatest music magazine, today announced that the 28th Q Awards in association with Absolute Radio will take place on 17 October 2018 at Camden’s Roundhouse. Following the massive success of the awards’ new format in 2016 and 2017, this year the Q Awards will again feature a very special post-awards gig and allow Q Magazine readers and fans access to the awards alongside the stars themselves. Confirmed to perform are Wolf Alice and IDLES.

North London indie-rockers Wolf Alice will be back on home turf for a special set, their first headline show in the capital since last year’s triumphant gig at Alexandra Palace. The band have been on a world tour in support of last year’s critically-acclaimed Visions Of A Life. Raucous punk quintet IDLES will reveal why there is such a buzz around their exhilarating live sets as they take to the stage at London’s iconic Roundhouse to open the show.

Ellie Rowsell, Wolf Alice frontwoman, commented: “We’ll approach it with lots of energy and a sense of fun.”

Pre-sale tickets to attend just the gig or the full-blown Q Awards and gig are available to Q subscribers, Roundhouse members and Wolf Alice’s mailing list from 9am on 5 July. General sale starts 9am on 6 July via www.Qthemusic.com

The Q Awards, one of the UK’s most highly-regarded awards ceremonies presents seven public-voted awards each year along with a number of highly-coveted merit awards bestowed by Q Magazine on the night.

Ted Kessler, Editor Q Magazine, commented: “I’m not being glib when I say that the date the Q staff most look forward to marking off the calendar is not their birthdays, nor even their annual holidays, it’s the Q Awards. Because the Q Awards is not just more fun than those events – though it is that too – but it’s our chance to gather together under the Roundhouse’s famous dome the most notable music makers from across genres and eras and thank them for the music that they continue to make. So I’m very excited to share this year’s date with everyone.

“Music’s tail is longer than ever. There’s so many ways to hear it now, but fewer places that filter the good stuff and tells you its story. We at Q feel that is our mission. The annual Q Awards is where we see that monthly quest made flesh for one night only, it’s where today’s newest stars get to be applauded by the great musical gods – and vice versa. I’m also really happy to have two of Britain’s most vibrant young live acts, in the shape of recent cover stars Wolf Alice and their maximum-aggro support Idles, performing after the awards. It’s going to be a brilliant night and I can’t wait to share the talent we have nominated and on the guestlist…But I must. I’ll be back in September with news about that.”

The Q Awards, in association with Absolute Radio, take place on Wednesday 17 October 2018 at Camden’s Roundhouse.

Tickets for the Q Awards 2018 will be on general sale 6 July and fans can buy tickets for the full Q Awards experience including post-awards gig, or just the gig featuring Idles and Wolf Alice.