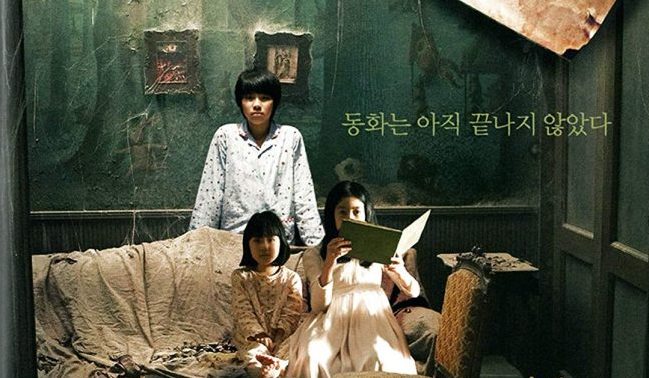 East Asian cinema continues to prove time and again that this part of the world are leaders in ghost stories and ghost storytelling. This stems from before the rise of J-Horror in the early 2000s. Japanese films such as Kwaidan (1964) and Kuroneko (1968) both had creepy ghost stories attached to them. In Hong Kong cinema, as evidenced with the Black Magic films and The Enchanted Ghost (1970), all of which have seen recent releases by 88 Films and then there are the more recent horror films that have emerged since Ringu (1998), including Pulse (2001), Ju-on: The Grudge (2002), Dark Water (2003) and Retribution (2006). From Thailand there is Shutter (2004) and The Eye (2002) is from Singapore. The latest release by 88 Films is Hansel and Gretel (2007) packed with extras is one of many ghost stories which have emerged from South Korea over the years, a country that has produced such films as Phone (2002), A Tale of Two Sisters, Into the Mirror (both 2003) and Cello (2005).

Hansel and Gretel (2007) heads the ghost story idea in a different direction in that it draws more on Freudian readings of the horror film that would echo the likes of Robert Mitchum’s child kidnapping evangelist and murderer in The Night of the Hunter (1955) and later with the writings of Angela Carter (whose A Company of Wolves became a film in 1984); indeed Night of the Hunter is suggested visually more than once in the film. Like Carter’s writing it draws on the Western fairy tale of the title but is set in contemporary South Korea. Lee Eun-soo (Cheon Jeong-myeong) is driving down a rural road that we later learn is something of an accident black spot. While driving he is on the phone with his wife who, although pregnant is questioning Eun-soo’s commitment to their relationship. He has only just heard that his mother is very ill. Distracted, he crashes the car that has runs off the road. He awakes with a young girl in a red cape peering over him. She introduces herself as 11-year-old Young Hee who walks the dazed and slightly wounded Lee back to their house in the middle of the forest. The house looks idyllic with its picket fence in the middle of the wood while outside there is a sign that says that this is ‘The House of Happy Children’. Young Hee introduces the rest of her family to her: her 13-year-old surly brother, Kim Man-bok and her little sister, Jung-soon as well as the people she introduces as her colorful white toothed parents. Naturally Lee is eager to get back home and thanks them for their hospitality. Everything seems to be too good to be real. They have supper together that mostly consists of cupcakes and candy and stays the night as he is very tired. He leaves the next morning as his phone doesn’t work and has not been able to make contact with his wife but finds himself back at the house. Over the course of the next four days he not only finds himself a prisoner of the house but that the children are not what they appear to be while the people introduced as the parents have disappeared, in fact any adult that turns up at the house ends up disappearing.

As the film moves on it gets stranger and stranger, taking different unpredictable turns. On one of the many extras on the disc, production designer Ryu Seong-hee says that the original concept was for the house to appear as though made of ginger bread and unlike in the more rundown creepy and creaky houses in such American films as The Amityville Horror (1979) and The Haunting in Connecticut (2009), this house was to have an unsettling chintzy sweetness to it, an extension of the children in every way. Although Ryu also says she was restricted by budgetary constraints, the colourful interior designs for the film, including the bizarre paintings of rabbits as humans adorning the walls, works well giving it that Angela Carter like psychological twist once it is revealed what has been going on. Ryu’s interior design is ably bought to life by Kim Ji-yong’s cinematography, who also explains on an extra interview discusses his experience on working as the DoP on the film. His first feature was A Bittersweet Life (2005) and more recently he shot The Fortress (2017). Interviewed for the release by Dr. Calum Waddell, Ji-yong dicusses in English how his contribution beautifully captures the atmosphere of Night of the Hunter to the look of the film. The transfer in High Definition on this 88 Films Blu-ray looks stunning, bringing out the strong colours of Ryu’s designs and Ji-yong’s cinematography.

The reveal of the film is teased out for the viewer instead of it all coming at once. There are also many other elements at play here such as child abuse and more than a suggestion of paedophilia while the film does not set out to be an overall scare fest and is more a melancholic meditation about the memories of child abuse and how children bury those memories. The haunting score too adds another element to the film.

Other extras include an introduction by director Yim Pil-sung as well as an interview with the visual effects director who talks about how he introduce some unintrusive CGI into the film. There is also a highly engaging commentary track between Pil-sung and Waddell on the film, his techniques as a director and about the making of the film. Nicely packaged in a slip case, this fantasy horror film is worth a viewing and at only 10 years old it is already worth of fresh look at this worthy entry into the K-Horror and East Asian horror canon.