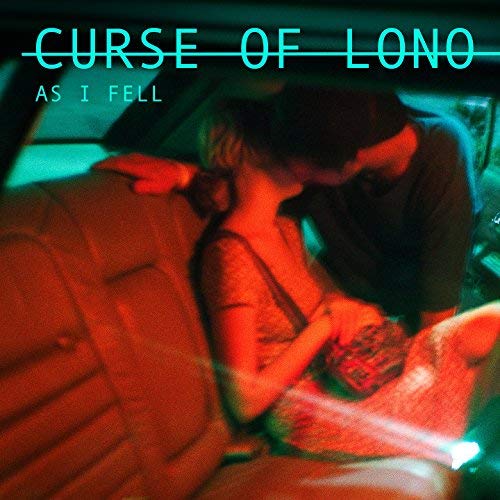 Curse Of Lono – As I Fell

As I Fell is the excellent second album from London’s Curse Of Lono, the gothic Americana band with a growing reputation. Following on from their well received 2017 debut album Severed, Curse Of Lono have toured with the likes of Steve Earle and Southside Johnny as well as playing their own headline dates.

The band’s new album was recorded between Rancho V in California’s Joshua Tree desert and Hackney’s Flesh & Bone Studios, two contrasting locations that provide something of a metaphor for their music. As I Fell is another big, bold, cinematic album that takes influences from classic Americana and gothic rock and then fuses them together to form a massively dark backdrop to some fine songs.

The album opens with the previously released single Valentine, a powerful tale of jealousy and revenge. The vocals are delivered in even tones over a driving bass line and the distorted backing give the track a really threatening feel. I’d Start A War For You has a similar passion with a faster pace, resulting in an unusual declaration of love.

The six minute long Kathleen builds from a simple guitar over a swelling organ backdrop into a sweeping song with lovely vocal harmonies. And It Shows is an old song, slower and passionate. Written by frontman Felix Bechtolsheimer shortly after coming out of a detox, it drips with loss and regret. Yet there is also a glimmer of hope in the resolve to move on. No Trouble has more of a country feel, a lighter optimistic song with great harmony vocals.

Tell Me About Your Love builds on a conversation Bechtolsheimer overheard between his grandparents, as his dying grandfather looked back on their life together. It’s a lovely track with a feel of celebration rather than regret and also showcases some fine lead guitar work. The closer Leuvin also features his grandfather’s life, beginning with his youth in Nazi Germany and then a terrible 1954 train crash n Belgium. Some horrific imagery describes two brothers pulling bodies from the wreckage while a lush string arrangement gives great depth.

Curse Of Lono, named for a Hunter S Thompson novel, have a sound all of their own. It can be dark and brooding, yet the melodic guitar and keyboards provide contrasting moments of light. As I Fell is a second very good album from a band with much to offer.