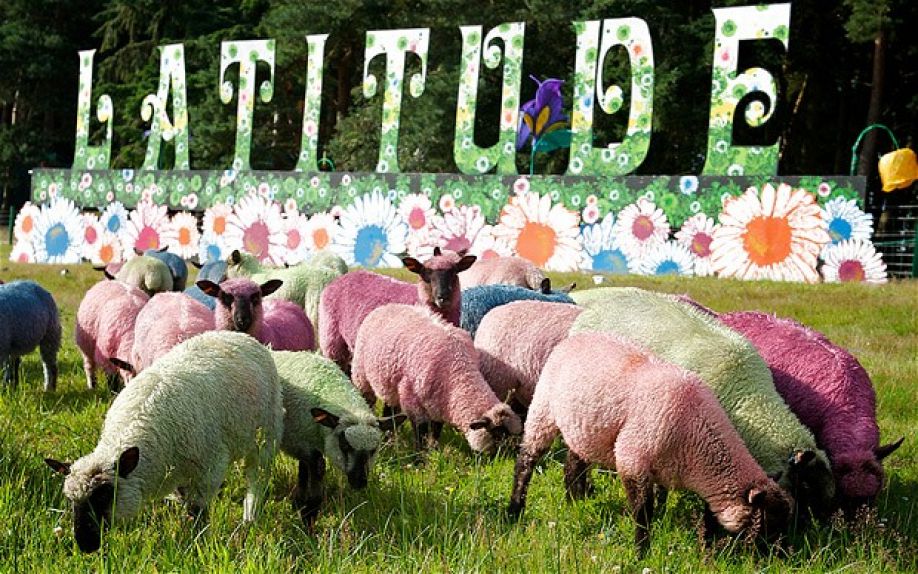 The open-air Obelisk Arena has been the stage of some epic performances over the past three years and Latitude 2009 will be no different. Lay out your picnic blanket, bask in the sunshine and get down to some of the best music around.

White Lies are having an incredible year with the release of their debut album ‘To Lose My Life’. It topped the UK Album Chart in the first week of its release making them the first British band to top the charts this year. Following the album’s successes the band has gone on to perform on the Late Show with David Letterman, South by Southwest industry showcase and numerous tours across the world. The band opened the Obelisk Arena at last year’s Latitude Festival and the band will make a triumphant return with a higher billing at this year’s event.

Renowned rock stalwarts Pretenders need little introduction as their blend of punky new wave and pop melodies have meant chart success since their inception in the late seventies. The prolific song-writing talents of Chrissie Hynde has produced such classic hits as ‘Don’t Get Me Wrong’, ‘I’ll Stand By You’, ‘Brass In My Pocket’ and ‘Back On The Chain Gang’ plus countless others in a career that now spans over several decades and nine studio albums. Expect their performance on the Obelisk Arena to bring together new material from their recent album ‘Break Up The Concrete’ and past hits for what will be in a very special Friday night set.

Hailing from London and Brighton, Flashguns are a young indie rock band inspired by the likes of Talking Heads and The Cure. Their talents have been quick to catch the eyes and ears of the record industry and after releasing a single on Rough Trade with former Suede guitarist, Bernard Butler on production duties, the band are now working on their eagerly awaited debut EP which is out in June. With a media buzz, much justified, catch these bright young things as they open the Obelisk Arena on Friday afternoon.

Irish upstarts The Chakras will be opening up the Arena on Saturday afternoon. Inspired by the early nineties psychedelic noises offered up by My Bloody Valentine and The Verve, The Chakras have an ethereal sound with soaring melodies and a pounding rhythm section. It’s a winning formula which has garnered critical acclaim. They are currently writing new material for their debut album due out later this year.

Elsewhere, the very best in film, theatre, comedy, literature, poetry, dance, art and cabaret will be pitching up at the fourth edition of Latitude Festival. Mark Lamarr’s God’s Jukebox and LateNightTales will be presenting some fabulous live performances from an eclectic set of bands in the Music & Film Arena; Sadler’s Wells and the Royal Opera House will be showcasing stunning performances on The Waterfront Stage; Royal Shakespeare Company, The Bush, National Theatre, Paines Plough, nabokov plus more will all be coming to the Theatre Arena along with the English Touring Theatre presenting Latitude’s first musical ‘Been So Long’. Also for the first time is the dynamic orchestral brilliance Britten Sinfonia performing in Latitude’s outdoor spaces. The Literary Arena is packed full of top authors including Blake Morrison, Geoff Dyer and Robin Ince’s Book Club as well as workshops from The School Of life; plus stellar poets Andrew Motion, Brian Patten, Jackie Kay and Simon Armitage will be in the Poetry Arena. The Cabaret Arena welcomes Zimbani, Deborah Francis-White , Holly Walsh & Sophie Black, Jessica Delfino, Cardinal Burns and Watson and Oliver plus plenty more exciting performances to announce. With a quite astonishing comedy line-up to be announced and much, much more across all of the arenas, Latitude 2009 is once again a perfect slice of cultural heaven by the sea.