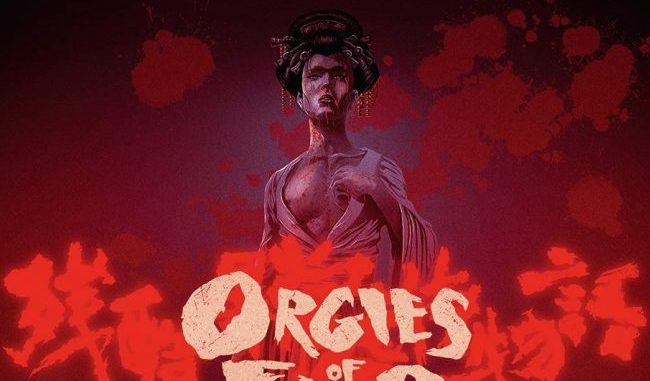 Orgies of Edo is a three part story (similar to his previous Joy of Torture, 1968) with different tales of depravity. Included within there is the forced miscarriage and resultant stillborn from a courtesan at the hands of her Madam, raping dwarves, a woman who is turned on by men with deformities, including the burnt faced character who seems to have stepped straight out of Horrors of Malformed Men. There is also incest and a murderous Lord who has a mistress he opens up for her beast child. Bizarre stuff indeed, and in many ways is more horrifying than Malformed Men.

All the stories are set, as the title suggests, during the Edo Period, a period between the 17th-19th century in Japan and most specifically this one is during the Genroku era of the late 17th century. The first story has a woman (Masumi Tachibana) who is sold and forced into prostitution. When she is drawn towards a client and especially when she falls pregnant, she faces her downfall and the wrath of her Madam. In the second, a woman (Mitsuko Aoi) is excited and turned on by deformed men. In a form of pseudo-psychoanalysis it is uncovered that the source was as a 17-year-old girl she was forcibly abducted by a man severely burnt who sexually uses here for several weeks. In the final story, a sadistic Lord (Asao Koike) sexually tortures women and usurps his Mistress for a sexually provocative woman.

All these stories have a depravity about them on a Sadean level. There is a great deal of misogyny here with the women as dolls and playthings for the sexual gratification of men. All of Ishii’s films in this genre series are particularly shocking and while there is a lot of flesh on display, there are limited shots of disrobed bums, lots of boobs but the actresses all clearly and successfully do their best to hide their front bottoms. Japanese rules on what could be shown were very strictly adhered to otherwise they’d be banned. The film is interesting, even if it seems every bit an exploitation film. Although not as good as another of Ishii’s films released on Arrow Video, Blind Woman’s Curse (1970), it is an interesting and representative of the director’s career.

The release by Arrow looks good in the High Definition transfer. There are fewer extras than you’d normally expect on an Arrow release with a short featurette on the film by Patrick Macias, author of ‘Tokyoscope: The Japanese Cult Film Companion’.