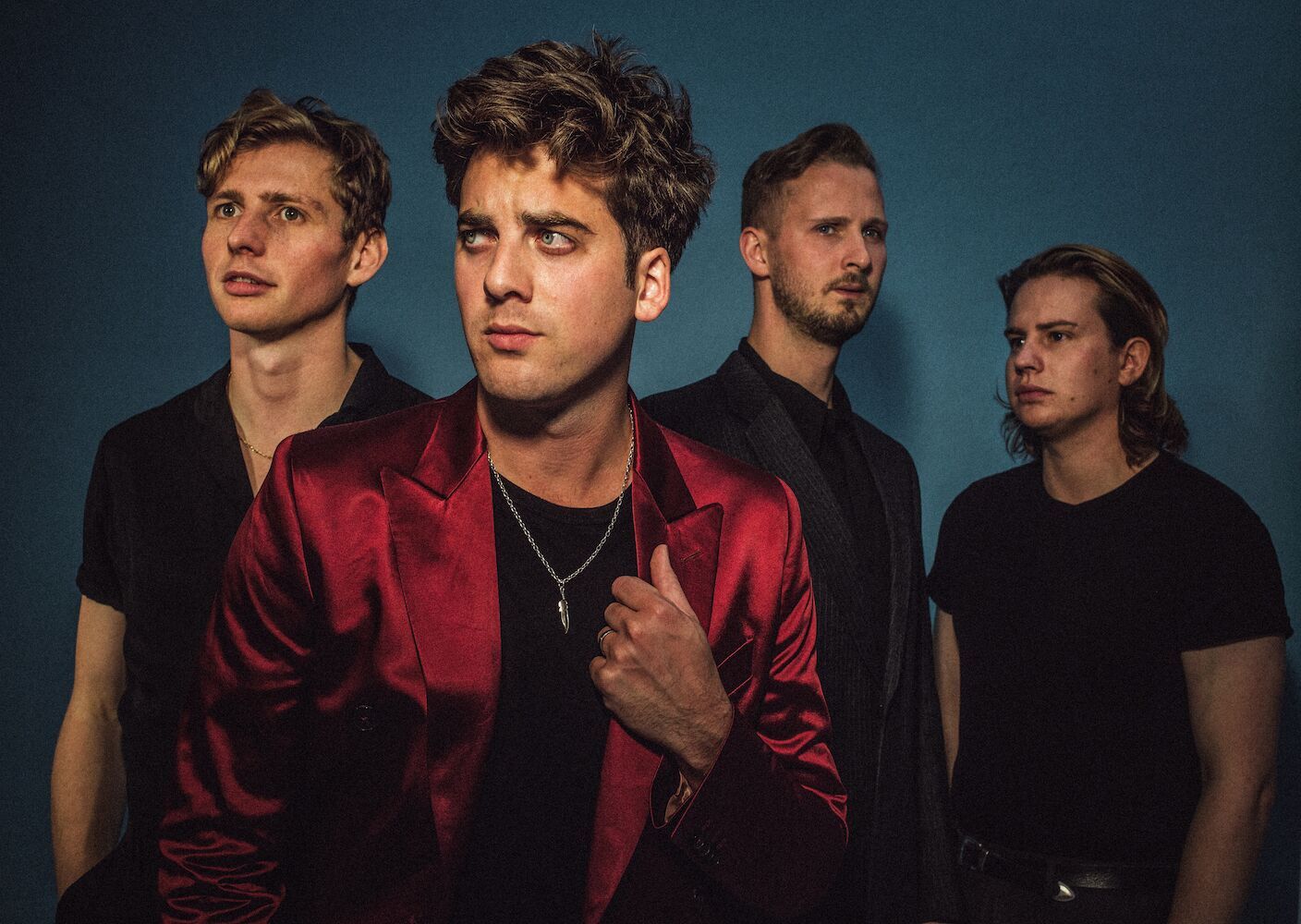 Circa Waves today mark their highly-anticipated return with the brilliant ‘Movies’ and ‘Be Somebody Good’, with ‘Movies’ premiering last night as Annie Mac’s Hottest Record on BBC Radio 1. The two tracks come as their first offerings from new studio album What’s It Like Over There? – out April 5th via
Prolifica Inc. / PIAS.

This is the record that nearly never was. Frontman Kieran Shudall was struggling for inspiration when he stumbled upon a notebook filled with scribblings in the band’s lock-up, discovering page after page of lyrical ideas and short story sketches that he’d written in a half-drunk, half-sleep deprived state whilst the band were supporting Two Door Cinema Club across America. The fuse was lit, and the disconnect of time and distance that Shudall felt as he scanned through the notebook, reading his own work whilst feeling like it was written by another person, would become the idea out of which What’s It Like Over There? would grow.

Written in just one month, and renewing their blossoming co-producing relationship with Alan Moulder (Foals, The Killers, The Smashing Pumpkins), What’s It Like Over There? is an album that’s creatively unshackled and refuses to stay still. It fuses the visceral thrill of rock music with a slick pop sound, its themes of modern ennui, emotional fragility and all the inside-outs and upside-downs of relationships making it a record that could only have been made now.

Whilst the anthemic ‘Movies’ will appeal to the band’s long-standing fan base, the likes of ‘Sorry I’m Yours’ and ‘Be Somebody Good’ see Circa Waves step into new territories with a soundscape that’s content heavy, without relying on loud and distorted guitars.

‘Me Myself & Hollywood’ touches on the band’s love of R&B, whilst ‘Times Won’t Change Me’ is a piano-led, Beatles-inspired future hit. What’s It Like Over There? always manages to sidestep genres and easy pigeonholing, but what remains constant is Circa Waves’ ability to create the kind of infectious music that is propelling them towards the top tier of British music.

Speaking of the new album, Shudall and guitarist Joe Falconer comment; “We wanted to start seeing ourselves less in those defined roles – the drummer, the bass player – and blurring the lines a bit more,” says Falconer. Instruments were swapped, pianos were played, the song was king. “I’m really getting into the world of ‘let the song be the greatest song it could be’, and not let the restrictions of ‘we’re a rock band’ rule,” adds Shudall. “We wanted to make it as big and powerful and as cinematic as it could be. Being completely open to using everything at your whim is really exciting.”

As a band that are no strangers to hard work, the foundations for album number three are already being laid. Getting underway earlier this month, the boys have been embarking on a sold-out run of some of the most intimate shows they’ve ever played, treating fans to a selection of old favourites and road testing new material, paying back their fierce loyalty and the fanatical support they’ve appreciated from the very beginning. The tour has seen the band visit towns and cities that don’t always receive large
touring bands, including the likes of Dunfermline, Kilmarnock, Stockton-on-Tees, Milton Keynes, Guildford and Tunbridge Wells.

The band have also further reconnected with fans by offering them an extremely exciting opportunity to hear brand a clip of brand new track ‘Be Somebody Good’ exclusively via their website – www.wilot.co.uk The message is simple – show the band what it’s like where you are, all over the world!

All fans have to do is log in via Spotify or email, hit the record button, show your best (or worst!) dance moves and the clip starts playing. It can then be downloaded or shared, and if fans want to be part of Circa Waves’ new video, the #WILOT can be used on social media when posting, and the band will pick their favourites!

Previous album Different Creatures berthed three Radio 1 A-list singles and propelled Circa Waves to their biggest festival run ever, starting with  Reading & Leeds in 2017, and ending with aplomb at this year’s Community Festival in July, where the band blew away crowds on the main stage.

Circa Waves’ third album may be the album that nearly never was, but it will become the album their fans can’t live without. It’s another leap forward, another magical reconfiguration of their DNA, a union of emotional depth and intricate songcraft. Circa Waves have taken the theory that they’re allowed to do whatever they want and ran with it. The results are stunning.