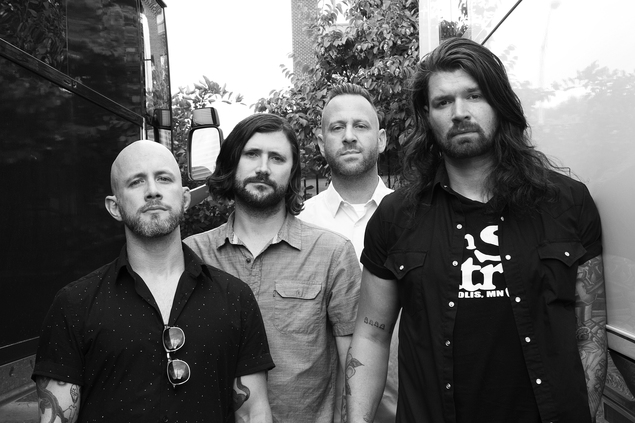 Taking Back Sunday reveal animated video for All Ready To Go

Taking Back Sunday released an animated video for their new single “All Ready To Go” taken from their forthcoming career-spanning compilation titled Twenty. The 21-song collection is set for release via Craft Recordings on January 11, 2019, and comprises tracks from all seven of their full-length albums, in addition to two new songs.

On the process of recording “All Ready To Go,” singer Adam Lazzara reflects, “This song is a great example of how in tune we have become with one another, our collective musical instincts. It was an idea Mark and Shaun laid the bones down for in New York and then sent them down to Charlotte, where John and I continued to arrange and add our individual contributions. This made for a great demo and a fair amount of time for everyone to sit with it before we all were able to get in the studio together and hash out the different parts and details with one another. It sounds like a lot when I say it like that, but the process itself was a cohesive and relatively quick one. Having the space to live and breathe with the idea before all coming together to shape it, and knowing where we can lean on one another as the song progresses is both insightful and exciting to all of us. It’s one of my favourite parts of being in Taking Back Sunday.”

Taking Back Sunday also announced a new string of European dates for their 2019 worldwide tour. As part of a year-long fête celebrating the band’s 20th anniversary, the tour will be hitting the U.K., Ireland, Netherlands and Germany. See dates below; tickets are on sale now!

Catch Taking Back Sunday’s 20th-anniversary tour at the following stops: