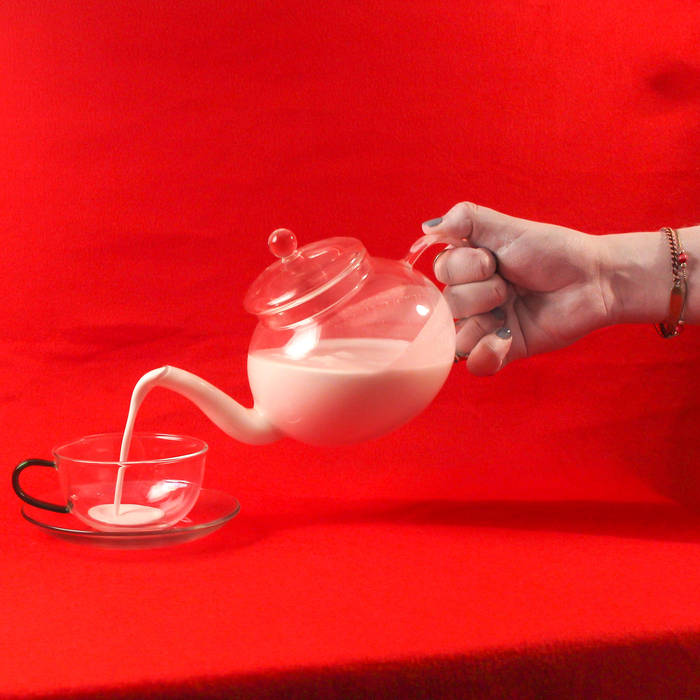 Vancouver is a chill city most famed for its spectacular nature: forests, beaches and mountain ranges abound. It is also notorious for having terrible nightlife, but there is a thriving music scene underneath its outdoorsy veneer, if you know where to look. Indie bands make up a considerable subsection of these gigs, which tend out of necessity to take place in at best grungy and at worst dodgy venues – cheap and fantastic.

One of the best home-grown bands on the Vancouver scene at the moment is Bored Décor, a quartet no stranger to the aforementioned venues. There can be no doubt that they make the most of the grittiness of these environments: a self-described noise funk, post punk outfit, the band prides themselves on their live performances. Their appearance is as striking and intrinsic to their performance as their music, with lead singer Nikolas Barkman having gone on record as saying that “something we want to do is put a lot more effort into the performance as a whole, because it’s more than just the music”. True to his word, he often arrives onstage with painted fingernails, statement earrings, tinted sunglasses and baker boy hats, to name but a few looks.

It makes sense that Bored Décor’s official debut album ‘The Colour Red’, released September 2018 and recorded live over two days, manages to pack the same level of energy and intensity you might expect at a gig. The band even cut some songs from the final recording because they didn’t sound right when not performed live, and have said that they compose and write with an ear as to how the songs will sound live as opposed to recorded. It may then seem an odd choice to review them by album rather than by performance, but I wanted to give them a chance to prove themselves just as capable of producing an excellent album as an excellent live show.

It’s easy to spot the myriad influences on Bored Décor’s sound in this album: punk, obviously, but also tones of blues and pop. Barkman’s vocals are glorious, idiosyncratic , and oddly British-inflected. He speak-sings his way over almost every track on the album, leaning towards a Dylan-esque cadence, but keeping things harsher by hitting every beat dead on with military precision, resulting at times in some very whacked syncopation.

‘The Colour Red’ is a concise eleven tracks long, each song punchy and distinct enough to constitute notable breaks. Most songs also end abruptly with a hard drum or single-syllable lyric. The album is overarchingly tense and frenetic; there is a relatively constant whack of the bass drum under most songs, and passages of manaical instrumentation are tempered back down and still kept edgy by Barkman’s strained and rhythmic vocals. The voice are utilised just as well as any of the other instruments, which are predominantly grungy but very deliberately so: guitar, keys and drums are repeatedly coaxed to wailing but with a defined precision beneath the crunch.

The consistency of vocal pattern often stands as a second percussion line to the tracks, but there are certain songs that abruptly depart from the band’s signature stamping sound. This is especially obvious on the album’s closing track, “Black Bananas”, an acoustic-indie major-weighted delight which spins warbling riffs on honky tonk-esque keys while Barkman singing almost angelically above, mellowing out the album to a flatline for its finish.

While Bored Décor is definitely a band to catch live, their debut album isn’t half bad either. Standout tracks include the last, for its sweet and surprising departure from the norm, and “Hardworking Man”, for its epitomising the laconic sardonic stick-it-to-the-man vibe that this post-punk group embodies.