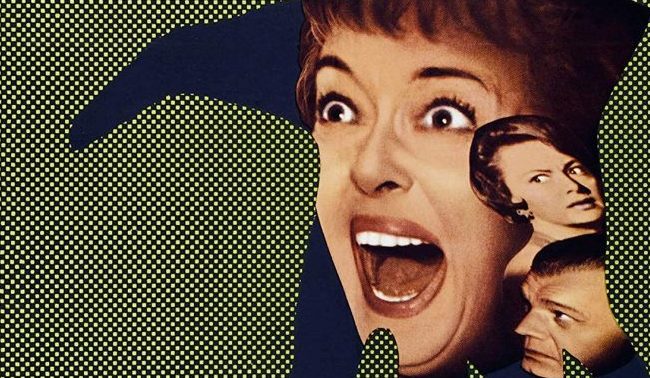 Whatever Happened to Baby Jane? was a surprise hit at the 1962 Academy Awards and at the box-office. Many had written Hollywood legends Bette Davis and Joan Crawford as has-beens from a different era in Hollywood. But this horror thriller made them box-office gold again, especially Davis and earned her an Academy Award nomination. The surprising thing was it was in a macabre thriller with horror elements which not only catapulted these two divas, but also the film’s director, Robert Altman into the premier league of directors. At over 130 minutes it was also quite a long for a chiller and was surprising to see these two divas playing such a pathetic wheelchair bound victim and a crazy over made-up harridan respectively.

Little surprise therefore that Altman would make a follow-up, with an equally bombastic title, Hush… Hush, Sweet Charlotte (1964). Based off a novel by the same author as Baby Jane, Henry Farrell, titled ‘Whatever Happened to Cousin Charlotte?’, Altman wisely chose to re-title the film despite the format and style being similar; although there is more of a Southern Gothic flavour to this follow-up. At it’s centre it has a couple of family members at each other, barely masking a family secret and more psychological torture and horror. This was the second film that sadly led the sub-genre to be labelled Hagspoitation, films which would star old Hollywood stars turning in performance of grand guignol.

Again, like Whatever Happened to Baby Jane?, the film opens with a prologue to set up the psychological horror in years to come. It opens in 1927 and a party at the antebellum home of the Hollis family. A young man (a young Bruce Dern) tells the family patriarch, Big Sam Hollis (Victor Buono, another actor carried over from Baby Jane) that, despite being married wants to run off with his daughter, Charlotte. Big Sam reveals that he has already told his wife and denies him his approval. Someone enters and butchers the man, cutting off his hand and head when Charlotte enters the party covered in blood. Jump forward 37 years and Charlotte (Davis) lives alone with her help, Velma (the brilliant Agnes Moorehead) with builders threatening to destroy her home with diggers to make way for a bridge and road. She shoos them off the land and writes to her cousin, Miriam (Olivia de Havilland) who lives in Europe for help. Miriam arrives and tries to give the eccentric and unpredictable Charlotte a dose of reality. Miriam renews her friendship with a former jilted lover, local doctor Drew Bayliss (Joseph Cotton) while Charlotte begins to show signs of madness and is begins to believe she is either seeing things or is being driven mad. Clearly inspired by Henri-George Clouzot’s Les Diaboliques (1955), Hush… Hush, Sweet Charlotte once again shows off Davis’s phenomenal acting talents. The acting feud that existed between Davis and Crawford on Whatever Happened to Baby Jane? extended to this film too. Originally Crawford and Davis were cast together and the feud continued until Crawford either did or did not feign illness to get out of the contract. De Havilland, a close friend of Davis’s was hurriedly cast as Miriam and does a champion job. Davis as Charlotte on the other hand is once again in a league of her own. Arguably more restrained than she was in Baby Jane, there is one scene that is extraordinary. She believes she has seen a walking corpse when she tumbles down the stairs and releases a guttural scream and a close-up of her face demonstrates some extraordinary acting.

The Southern Gothic feel to the film comes across strongly and Altman has managed to pull together a great cast including Moorehead as Velma, Charlotte’s cranky but loyal helper (she earned an Oscar nomination for the role). Extras on the disc too highlight the great qualities of the film from a fascinating Making Of documentary to a touching recollection by Dern about his working relationship with Davis in the short scene he has with her, bringing out the incredible mixture of diva and enigmatic star that Davis was.