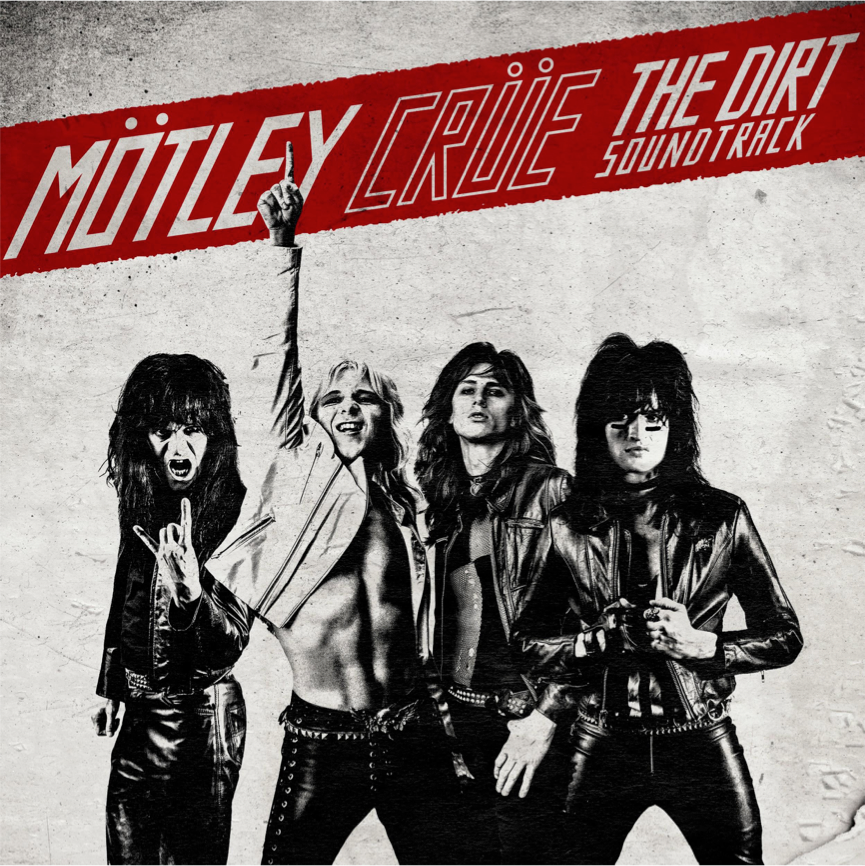 The world’s most notorious rock band, Mötley Crüe announces the release of The Dirt Soundtrack that accompanies the upcoming Netflix Film The Dirt, based on the New York Times best-selling 2001 autobiography by Mötley Crüe and Neil Strauss. The soundtrack and film are set to release March 22nd worldwide.
The upcoming Netflix Film The Dirt is an unflinching and uncensored story about sex, drugs, rock ‘n’ roll, fame, and the high price of excess. Director Jeff Tremaine (JACKASS co-creator) shows us just how Nikki Sixx (Douglas Booth), Mick Mars (Iwan Rheon), Tommy Lee (Colson Baker), and Vince Neil (Daniel Webber) took Mötley Crüe from the Sunset Strip to the world stage, and what it meant to become the world’s most notorious rock band.

The 18-song soundtrack mastered by GRAMMY winner, Dave Donnelly features a collection of Mötley Crüe classics that meaningfully underscore significant moments that shape the film. The album includes 14 fan-favourites and chart topping tracks such as ‘Dr. Feelgood’ that charted at #6 on Billboard’s Hot 100 and the anthemic ‘Girls, Girls, Girls’ which reached #2 on Billboard’s Top 200 amongst others. Additional hits featured are ‘Kickstart My Heart’, ‘Same Ol’ Situation (S.O.S.)’, ‘Shout At The Devil’ and the iconic ballad, ‘Home Sweet Home’ that landed the band mainstream recognition.

Exclusive to the film’s soundtrack, Mötley Crüe recorded four new songs featuring the single, ‘The Dirt (Est. 1981) (feat. Machine Gun Kelly)’ with effortless rap verses surrounding signature guitar riffs. The three remaining songs conclude the album with the catchy ‘Ride With The Devil’, ‘Crash And Burn’ and the band’s own spin on Madonna’s, ‘Like A Virgin’.

“During the filming of our movie we got excited and inspired to write new music. Getting back in the studio with Bob Rock just fuelled the creative fires for us. To me, the music sounds like classic Mötley. The lyrics were written for the movie and are a reflection of our life.”
– Nikki Sixx