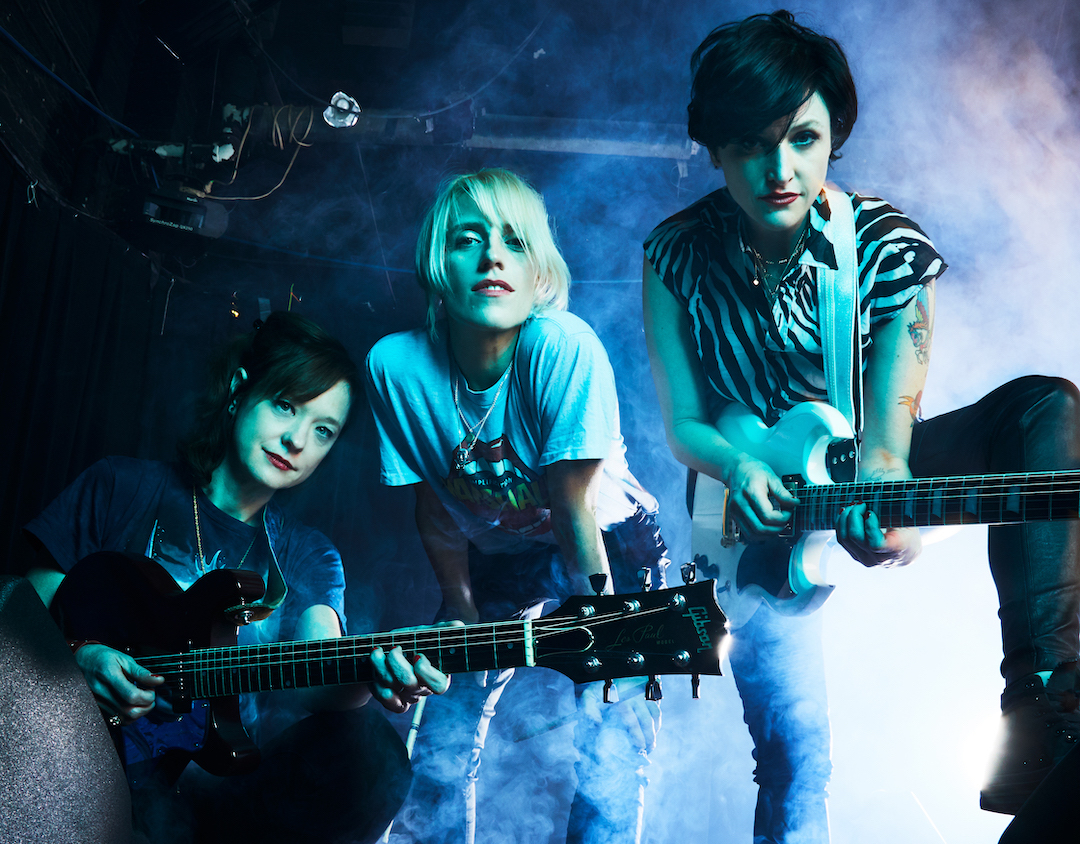 The ferocious and anthemic “Rainbow Shiner” is what Ex Hex’s Betsy Wright describes as “a victory song about the power and love of music” Her mordacious central riff is coupled with duelling guitar-god solos that explode from the stereo spectrum. It’s the latest cut from the power trio’s forthcoming album ‘It’s Real’, out March 22 via Merge, and further evidence of Ex Hex’s commitment to unforgettable hooks.

On ‘It’s Real’, Mary Timony (guitar, vocals), Betsy Wright (bass, vocals), and Laura Harris (drums)’s forthcoming second album, Ex Hex’s commitment to larger-than-life riffs and unforgettable hooks remains intact, but the garage-y, post-punk approach that defined 2014 debut album ‘Rips’ has grown in scale and ambition. What started as a reaction to the blown-out aesthetic of ‘Rips’ would test the sonic limits of the power trio and lead the band on a quest for a more immersive and three-dimensional sound. Vocal harmonies are layered ten tracks deep, solos shimmer and modulate atop heaving power chords, and the codas linger and stretch toward new frontiers of sound. On first listen, you might think you’ve unearthed a long-lost LP carved from the space where crunch-minded art rock and glitter-covered hard rock converge, an event horizon at the intersection of towering choruses and swaggering guitars.

Ex Hex were already one of America’s best guitar bands—but on ‘It’s Real’, their musical savvy has thrillingly combined with anything-goes curiosity, studio experimentation, and a dedication to refinement, resulting in an album that’s ready to be played at maximum volume.

‘It’s Real’ will be released on March 22nd via Merge and is available to pre-order here.