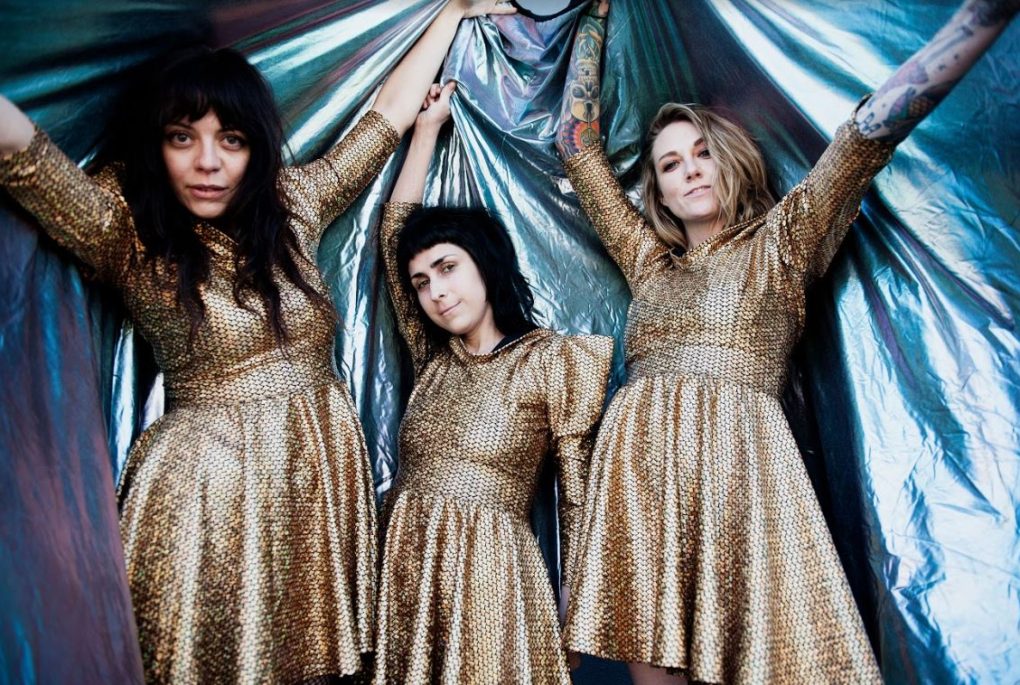 The Coathangers share new track and video “Step Back”

Following the hard-hitting recent track “F The NRA”, The Coathangers continue their plight as one of the most vital and truth-seeking punk bands around with their new track “Step Back”.

Taken from the forthcoming album ‘The Devil You Know’, out March 8 on Suicide Squeeze, the band explains that “Step Back” is: “reflection of the pain and helplessness that comes with loving someone who is lost in the fog of addiction. We have all been touched by the effects of drug and alcohol issues, which often leave us feeling bewildered. Lurking in the shadows all around us, addiction is the monster that has taken too many people we love away from us. This song is a plea to get them back.”

“The writing process was done with an open heart,” says Kugel of The Coathangers’ new album ‘The Devil You Know’. “Everything that came before had to go away. Whatever hang-up, whatever thing we were holding onto, it had to go away. And we started there, at ground zero.”

The album title stems from an old adage whispered at a friend’s wedding; we settle when we’re afraid of the unknown. It’s a theme that runs through every song on the album, and even though the band insists they were writing songs about other peoples’ pain, they acknowledge that the old saying applies to their band as well. We get comfortable, we get scared, and we refuse to change. But with ‘The Devil You Know’, The Coathangers lost their fear, and that allowed them to shed the baggage of the past. “Why are we living in these cells we built for ourselves?” Kugel asks. “That’s been the great thing about this record. It’s been honest and confrontational… but not in a shitty way.”

Suicide Squeeze Records is proud to release ‘The Devil You Know’ to the world on March 8, 2019 on CD, a limited run of 300 cassettes, digital formats, and an initial pressing of 3,000 LPs with 500 copies on MAYDAY colour vinyl, 500 on LUCKY DEVIL colour vinyl, and 2000 on BITTERSWEET colour vinyl. The vinyl version includes foil on the cover of the LP jacket, a printed inner sleeve, and a download card.

‘The Devil You Know’ will be released on March 8th via Suicide Squeeze and is available to pre-order here.