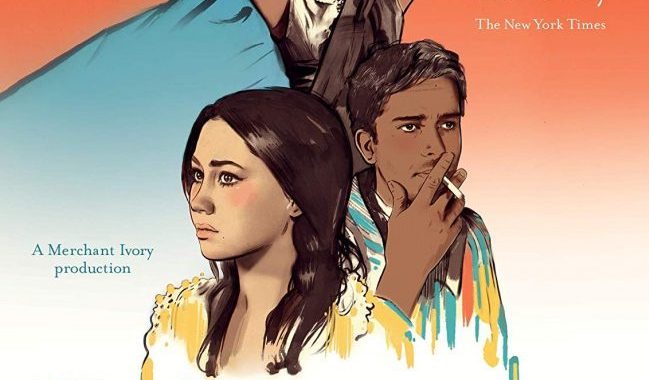 One of the greatest director’s of Indian cinema is Satyajit Ray. His dramas showed the world everyday Indian life through his intelligent eye. They were a million miles away from the hugely popular Bollywood escapism many associate Indian cinema with. In some ways the first features of the partnership of James Ivory and Ismael Merchant are closer to Ray’s films than their better known costume dramas of the 1980s and 90s. And in other ways they are very similar. Their first film was The Householder (1963), a low budget drama about a family and the fractures that lie within. Their next feature was Shakespeare Wallah (1965), another family saga, though this time is a study of an English family who travel through India as a troupe of Shakespearean actors.

Released on Blu-ray showing off the recent 2K restoration, it includes a host of extras, this being the latest release by BFI in a string of Merchant-Ivory productions which have recently included Heat and Dust (1983) with Autobiography of a Princess (1975) and Maurice (1987) among other recent releases. Of course Merchant-Ivory are more than the director and producer teaming of James Ivory and Ismael Merchant, but also include the massive contribution of their regular writer Ruth Prawer Jhabvala. Unlike The Householder, Shakespeare Wallah demonstrates the crossover of Empire Britain’s blending in the culture of India.

There is a strong familial and biographical element to the film as it closely follows the life of Geoffrey Kendal and his touring family who put on Shakespeare plays all round India. Kendal stars, sort of as himself as Tony Buckingham, an old ham who tours with his wife, Carla (real-life wife Laura Liddel) and daughter, Lizzie (real-life daughter Felicity Kendal). And yes, that is The Felicity Kendal of ‘The Good Life’ 1970s TV sitcom fame. She really did tour with her family in India as a child where they lived. She also left India at the age of 20 and returned to the UK. Neither Liddel, nor father Geoffrey appeared in many other films, although Felicity’s sister, Jennifer is also an actress, and although she doesn’t appear in this film, she would be teamed with the later Merchant-Ivory production, Heat and Dust and was also married to Kapoor, the co-star of both Shakespeare Wallah and Heat and Dust. A family affair indeed.

In the plot of the film, Lizzie meets and begins a burgeoning relationship with an Indian man, Sanju (Indian superstar Shashi Kapoor). This is not a problem for her parents, but does mean she falls foul of another rival for Sanju, elegant classic Indian actress, Manjula (the beautiful Madhur Jaffrey). There is a contrast between the classical Shakespearean performances of the Buckinghams and the more Bollywood style of Manjula. Of course there is a clash of culture at play in post-war, post colonial India that most definitely plays its part in Shakespeare Wallah.

Shot on a low budget in black and white, aesthetically it looks very much like a Satyajit Ray film and could very easily be one of his masterpieces; indeed Ray also wrote the music score for the film. At just over 2 hours it is a long film to get through, but the result is rewarding and is something of a slow burner. It has the literary appeal that would mark the Merchant-Ivory-Jhabvala partnership career in that it has a strong sense of the English in the diaspora in the exotic culture of India that would permeate through their body of films.

Extras, as usual with BFI are plentiful. Included on the disc are a 1938 United Artists travelogue on India, trailers and plenty of audio only interviews with Ivory, Merchant, Kapoor and Madhur Jaffrey. Restored by the Cohen Media Group, it’s a wonderful addition to the recent releases of Merchant-Ivory and a perfect introduction to their origins as filmmakers.