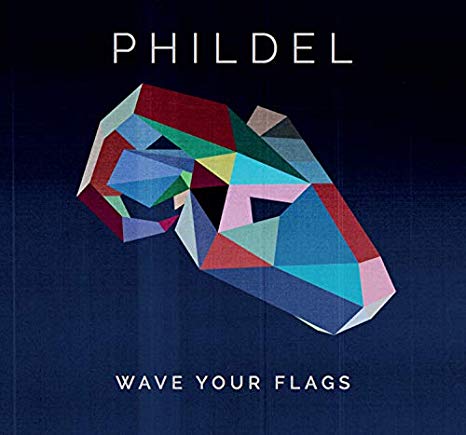 You may not know the name Phildel, a composite of her Chinese father and Irish mother’s names (Philip and Della). Yet you are bound to have heard her very individual brand of electronic pop music. The young British songwriter has one previous album to her credit, but her music has also been featured in ads for a wide variety of major companies, including Marks & Spencer and Apple. And there’s also the small matter of over 100 million Spotify streams to consider.

Wave Your Flags s the long awaited follow up to Phildel’s 2013 debut The Disappearance Of The Girl, which was very well received. It told of the fantasies that sustained her through a horror childhood experience. Her mother married a strict Muslin and her abusive stepfather took all of her possessions from her, banning music form the house. Only a school piano was available for her to develop her considerable talents. Phildel eventually escaped, losing the rest of her family in the process.

For her new release, Phildel again uses her own experiences as inspiration. A failed court case against her stepfather left her distraught, with The Great Wave recalling a night when she considered throwing herself into the Thames. The single Electric Heights is slower, the piano and vocals working to give the song an intimate feel. Title track Wave Your Flags has a real strength and gives the feel of standing up for yourself and your beliefs.

Glide Dog is a gothic horror tale, the gory lyrics sung in a dramatic cabaret style. By contrast, the tender Lamb tells of Phildel’s lost mother, the minimal backing leaving the vocals centre stage. Closing track Glorious is perhaps the standout, a multitracked vocal over a simple synth melody bringing the album to an unexpectedly positive and hopeful conclusion.

Wave Your Flags is an album of beauty and of powerful emotions. The repeated melodies feel like themes through the album and the vocals are haunting and lovely. The listener is drawn into a world of fantasy and horror that sits below the modern electronic veneer of the music. Phildel has come through something that few could have survived. She now lives and makes music in Brighton, and it is well worth discovering her unique talents.