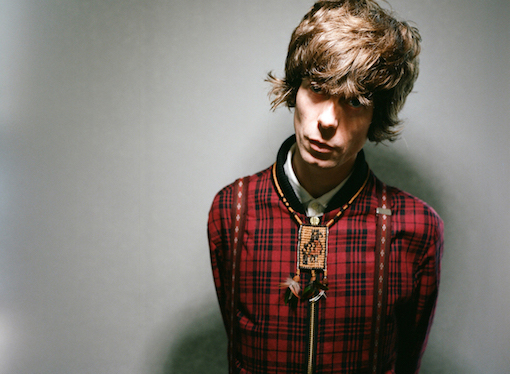 Fionn Regan’s new album Cala starts as it means to continue: “Wear this crown of light for you on this August moon.”

The opening line of ‘Cala’’s opening song, ‘Collar Of Fur’, combines elemental and romantic imagery with an equally luminescent melody and subtly keening vocal set like jewels in delicately fingerpicked acoustic guitar and “atmospherics”, as Regan hears it: “Sparse cinematic moments, like a super-eight movie.” The scene is set for a spine-tingling spell of a record, named after the Spanish word for ‘cove’, bathed in the balmy rays of summer and the iridescent light of that August moon. Ten songs and 35 minutes long, ‘Cala’ is a concise statement but with deep pockets to tumble into, drawn by Regan’s drowsy beauty and nuanced narratives.

It’s been this way with Regan, give or take the odd detour into busier/band territory, since his 2006 album debut ‘The End Of History’. As it happens, Regan hears a link in ‘Cala’’s tone and setting to that first record. Both albums were written at Regan’s home in Bray, on Dublin’s coastal outskirts, which might partly explain Cala’s recurring imagery: stars, moon, ocean, sun… “The album does have fundamentally elemental, visual components,” he agrees. “I wouldn’t mind knowing why! It’s a mystery to me, how songs evolve. Thankfully, they do. But I’ve never got anywhere when I’ve tried to work it out.” Yet, as Regan concedes, “the place you’re from continues to resonate.”

The sound of ‘Cala’ – also performed entirely by Regan – is similarly drawn from intuition, rooted in acoustic guitar and sometimes piano, and those atmospherics – “a kickdrum here, a foot stamp there, some slight modern twists influenced by the time period we’re in. I’ve not overthought it much. I hope the songs can shine in that way. The song comes first, then the sonic palate, then the words give a sense of place or landscape.”

If there is a real place where these exquisitely haunting songs reside, it’s somewhere close to heaven: “The sand dunes and the stars, the moon is a tambourine / The perfume of her skin, cheekbones are diamonds set” (‘Riverside Heights’), “She wears a veil of stars / lightning is bottled in the city lights / they blur howling to the glaciers” (‘Glaciers’). The title track enigmatically details, “twenty miles of amber.” ‘Cala’’s last words come from ‘Under The Waves / Tokyo’, a simple and piercing couplet that underlines the record’s entwined elemental / romantic helix: “When you’re here tomorrow night / I’ll sing to you with my jaw of light.”

Over the course of five sublime albums (‘Cala’ is his sixth), the man who has been nominated for Mercury, Choice, Meteor Ireland and Shortlist awards, sampled by Bon Iver, tattooed on actor Rhys Ifans’ arm (the lyric “Be good or be gone”), and made an honorary member of the Trinity College Literary Society knows that rewards and recognition don’t come close to what truly matters. “I’m just so lucky to play music,” Regan says.

‘Cala’ will be released 9th August via Abbey Records and is available to pre-order here.