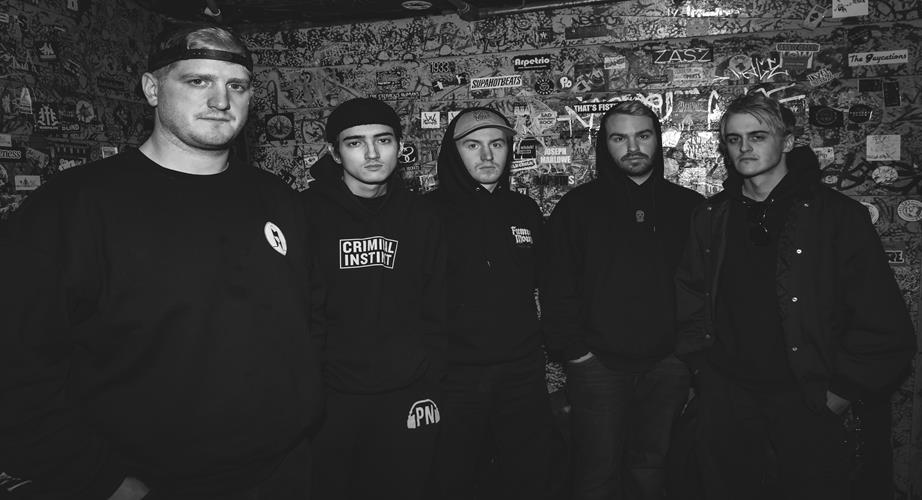 Long Island metal/hardcore band, Sanction are thrilled to announce that they will be releasing their highly anticipated second full-length album, Broken in Refraction, out on26th July 2019 via Pure Noise Records. The band have also shared a brand new video for lead single, ‘Radial Lacerations.’ Fans can watch the video, as well as pre-order the album, at https://smarturl.it/Sanction631.

“We are grateful to not only Pure Noise for putting out this record but to the Long Island hardcore scene for the support over the years – Smithtown and Huntington, 631 represent.” guitarist Andrew “Lumpy” Wojcik shares.

Members of Knocked Loose, Stray From The Path and Stick To Your Guns all shared their thoughts on Sanctions new single ‘Radial Lacerations.’

‘I love this band. Their last record was one of my favourites of that year, and I can’t wait for this one. After touring with them and now calling them my friends I’m even more excited for their future. They’re going to be huge.’ – Bryan Garris, Knocked Loose

‘Being from Long Island, the word spread quick about Sanction, and they made an instant impression on me. Their EP “Infringement of God’s Plan” was exactly what I needed to hear from Metalcore, and after hearing the new single “Radial Lacerations”, it sounds like this band has already elevated their game on “Broken In Refraction’ – Tom Williams, Stray From The Path

‘Sanction is one of those bands that have let me see into their world not just through their sound but through the overall aesthetic of their band. The whole things reeks of anxiety and depression and I don’t think I know of a band who better drives home the point of how fucked it can be to navigate a world so hell bent on destruction and this track makes me want to smash a fucking whole in the side of it.’ – Jesse Barnett, Stick To Your Guns

Sanction will also be joining Stick To Your Guns, Counterparts, Terror, and Year of the Knife on the Pure Noise Tour kicking off on 18th July in Los Angeles, where it will make its way through cities like Denver, Chicago, Toronto, Philadelphia, New York City, Austin and more, before wrapping up on 24th August in Santa Ana.

Broken in Refraction will be released on 26th July via Pure Noise Records and is now available for pre-order at https://smarturl.it/Sanction631.