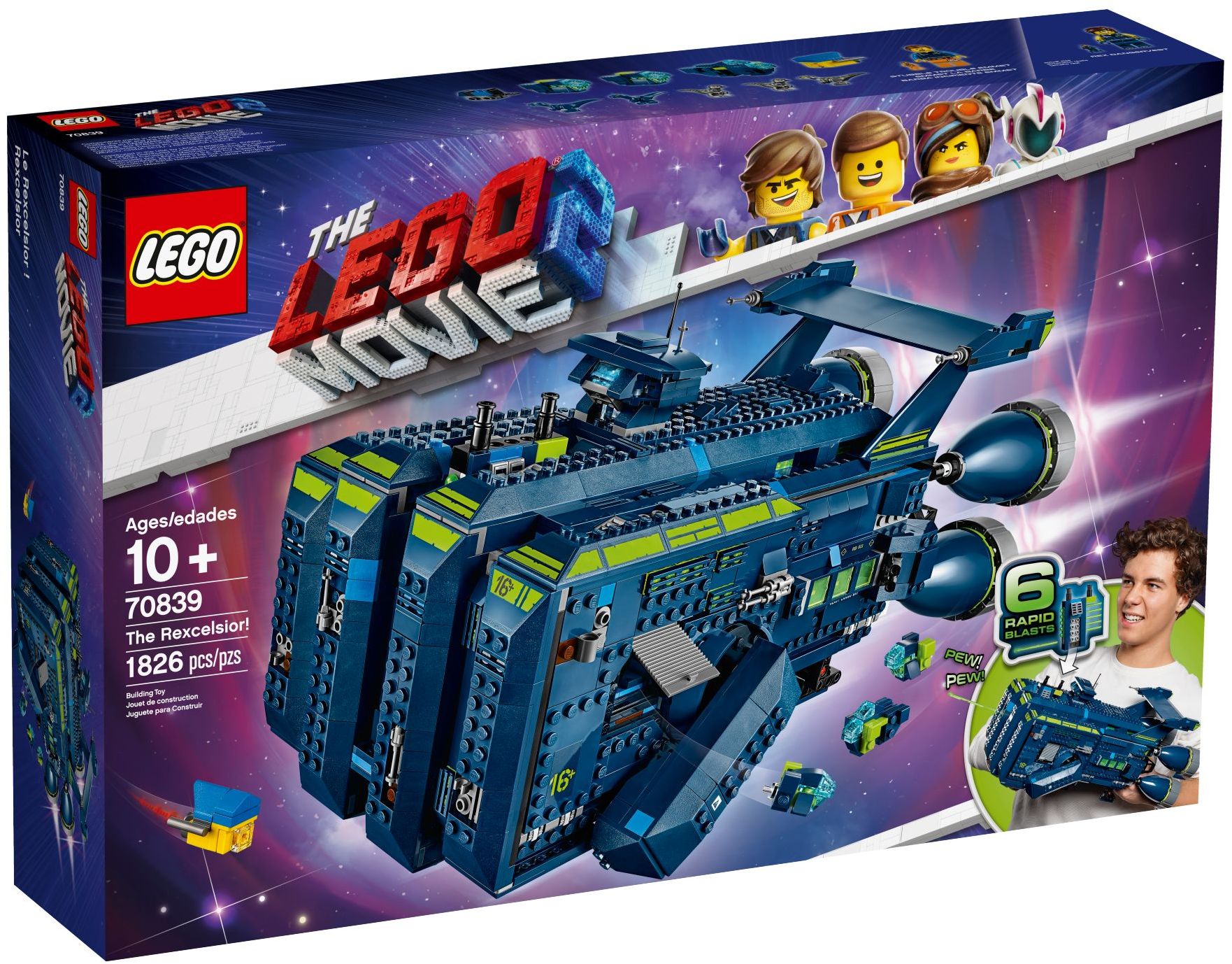 The LEGO Movie 2 saw the release of a vast array of Lego sets when it launch in cinemas earlier this year.  Now that the film has headed to disc it’s time to take a look at another one of the sets – this time, one of the big ones!

The interior of the ship does have a few cubby-holes and rooms that slowly form as you build, but the spine of the build is to facilitate a grip for the human hand and a trigger mechanism that fires Lego darts (Or laser bolts if you will).

The colour of the ship is a very nice dark blue, the same used in the recent Ford Mustang release. The shape of ship is also very unique which gives the set added value. There are various layers of pipes and rivets to tackle early, so it takes some doing getting through the 14 bags, so breaks are advised.

There is also a great combination of common Lego pieces found as well as more uncommon and large pieces that will make Lego hounds happy.

There are only two main minifigs, but they have also included two micro figures and also 5 micro raptor figures as well that make this set all the more collectable. There are also various mini ships as well that you built at the start of bag 1 which also give you a bit of variety

The Rexelsior is great value when you look at the price to piece ratio and there is a ship here that holds together while it can be carried around for children to play with the rapid fire mechanism. Obviously with such a toy you have to make sure it’s going into the hands of someone who will play with that safely.

The downside is that it’s a complicated and fairly mundane build in places – so a higher age group is also required to tolerate that, or one who likes to focus on the building with the end result being the main goal. Once it is complete it makes for quite the toy.

The LEGO Movie 2 has gone out of its way iy seems to provide an almost endless supply of sets and each it seems is tailored for a different audience.  The Rexcelsior is one for the more advanced group.

The film is also out on blu-ray and is a worthy successor to the first film.

You can see our visual look at the ship as we built it here:https://wordsandhumanjunk.wordpress.com/2019/06/25/lego-the-rexcelsior-the-visual-guide/