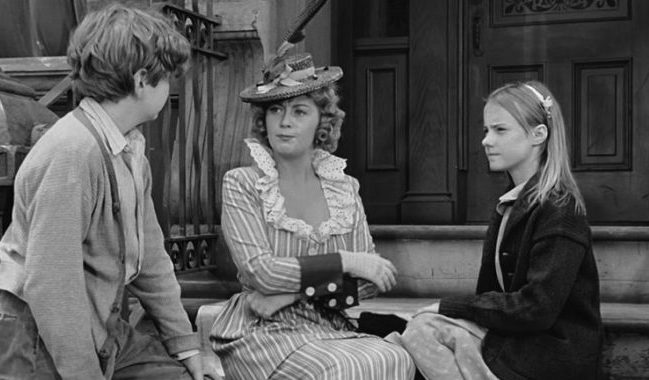 A Tree Grows in Brooklyn (1945), the latest release by Eureka Entertainment on their Masters of Cinema label, was the first film and became a signature film for its director Elia Kazan. The story and the background of turn of the century New York was one that he must have been more than familiar with. Born to Greek parents in Istanbul, Elia Kazan was born in 1909, moving to America and New York when he was a toddler. He grew up in the bustling immigrant communities of Brooklyn, one not too dissimilar to the one in A Tree Grows in Brooklyn. Brought up in this society sharpened Kazan’s political awareness which would also inform his later life and films. Becoming an actor and falling under the spell of Lee Strasberg and the New York Group Theatre eventually led him to Hollywood where he became an actor and had a support role in City for Conquest (1941), a gritty New York set drama.

A Tree Grows in Brooklyn was to be Kazan’s directorial debut, and quite a debut it was too. Based off the bestselling autobiographical fictional novel by Betty Smith, originally written in 1943, it tells the story, the travails and struggles of an immigrant family in busy Brooklyn sometime before World War One. The story is seen through the eyes of the film’s protagonist, early teen Francine (played by Peggy Ann Garner). The film does focus on a more concise period in Francine’s teen years than the novel. We watch the relationship between Francine’s younger brother, Neelsey (Ted Donaldson), her struggling mother (Dorothy McGuire) and her love for her loving, if wayward and often drunk father (James Dunn), as well as her brassy auntie (Joan Blondell). Yes, the film is sentimental in tone and deliberately so in order that we see the world through the naive and eventual growing old before her time eyes of Francine. Through these teen years the family endures poverty, death and upset, but through all this she also experiences love from playing in he busy streets and learn to be survivors and entrepeneureal, such as waiting till midnight on Christmas Eve to take a tree for free from the merchant.

20th Century Fox’s Darryl F. Zanuck was keen that the cast understand the experiences of those they were portraying including director Kazan had experienced something of the struggles of those in the film, including Dunn who was himself an alcoholic and whose career would soon be destroyed by alcohol and ended up bankrupt. The film was a part of Zanuck’s drive to create a sense of nostalgia in wartime America and is arguably the best example of it, making this one of the best films of 1945. There is a sense the balance is right here. Of course it is sentimental and doesn’t paint the usual cliche of a drunk and alcoholic father as a wife beater, but rather a sympathetic and ultimately tragic character. This is seen played out in the relationship between Francine and her father and how she feels his love, but the increasingly hardened mother is the one doing all the work and holding the family together.

This is a good release from Eureka! on their Masters of Cinema label. The picture quality is okay, transferred from a 2K restoration although not the best. Extras on the disc include a brief vintage tribute to Dorothy McGuire by friend and stage director Norman Lloyd and an interesting if short Making Of featurette. There is also a feature-length commentary by Richard Schickel with inserts by Elia Kazan, Ted Donaldson, and Lloyd.