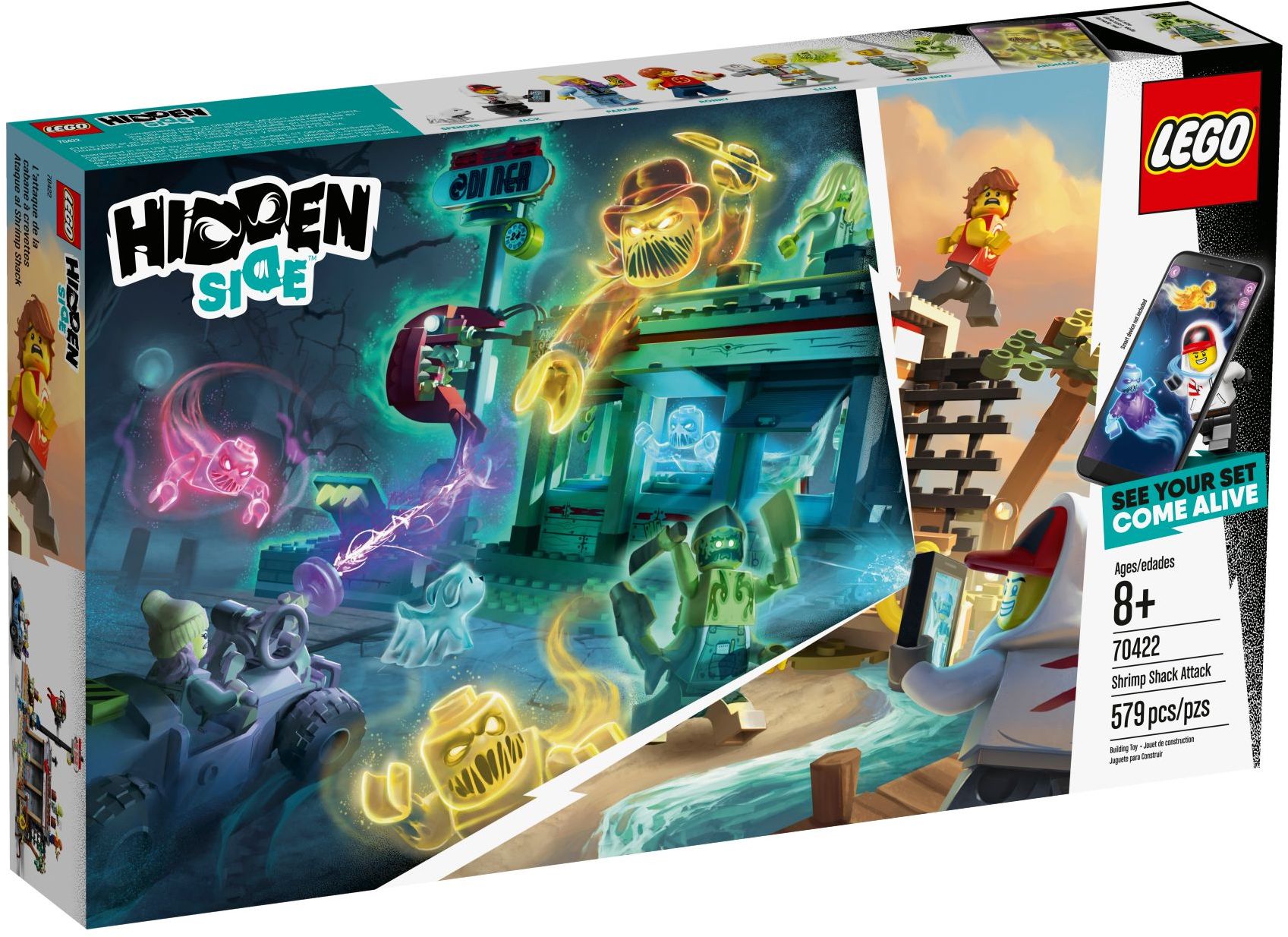 Hidden Side is Lego’s latest new series, tapping into the supernatural, perhaps inspired partly by the success of such shows as Stranger things, not to mention the stranger things Upside Down set – but also perhaps thrown towards the success of the Ghostbusters sets as well.  Here LEGO go full on spook central, but not just with the bricks, there is also an added bonus to these sets. There is a fully immersive and interactive App that you can download to interact with your sets with.

The Shrimp Shack Attack is one of the more medium sized sets and the build is relatively straight forward  There are five bags for the build. The first bag you get to put together a couple of the mini-figures and also build the little blue ghost busting buggy. It’s a joy to see what you can build with so few bricks, and vehicles of any kind are always impressive in this regard.

The next few bags deal with the main building itself. Firstly, with the extension where the Diner sign stands, itself with a hidden ghostly trap.  The next two bags deal with the diner itself, again with a couple of hidden surprises underneath, but also a nice retro looking kitchen.

The build wraps up with the giant red Lego shrimp that sits on the side of the sign post.

The age group for this is correct.  This is a series that should appeal to kids who know their way around LEGO, but it doesn’t offer anything too advanced. The build focuses more on simply design, but also an objective to give the set different points of views for the audience to discover and explore. And that makes the set a success as it has a new aspect of play with the App.

The App (Which you can download for free) at the moment offers players the chance to interact with their newly constructed set with this well design fully animated app with colour and sound.  You can collect ghosts that you capture, simply by following the simple instructions on the app, sometimes launching you into a full on game, but you can also play side gams on the app where you can haunt areas.  It’s very much a follow and tap application but has been well animated and should create a huge diversion and adds plenty of playtime to the sets.

A visual guide for the build is here: