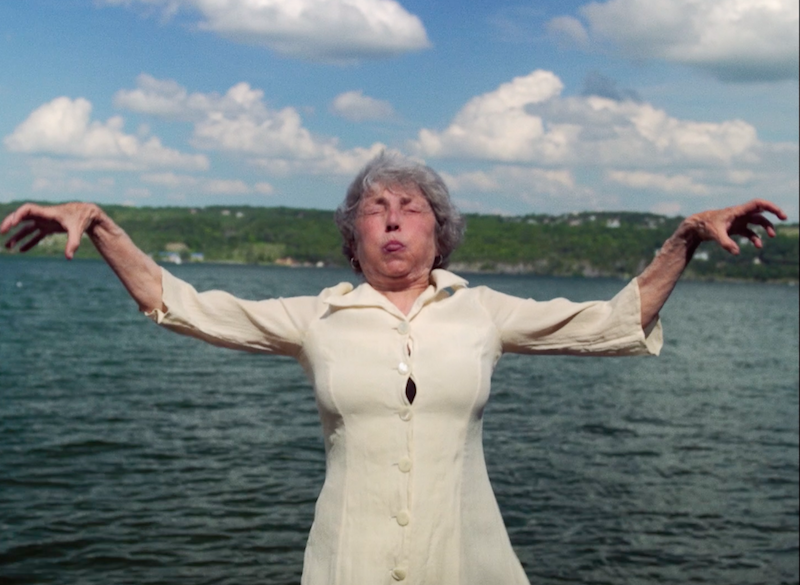 Norwegian multidisciplinary artist Jenny Hval presents a new single/video, “Accident,” from her forthcoming album, The Practice of Love, out this Friday via Sacred Bones. It follows the frenetic “High Alice” and synth-heavy lead single, “Ashes to Ashes.”

On “Accident,” two friends video chat on the topic of childlessness, considering their own ambivalence about motherhood and the curiosity of having been born at all. “She is an accident,” Hval sings, “She is made for other things / Born for cubist yearnings / Born to Write. Born to Burn / She is an accident / Flesh in dissent.” What does it mean to be in the world? What does it mean to participate in the culture of what it means to be human? To parent (or not)? To live and die? To practice love and care? What must we do to feel validated as living beings? Such questions are wrapped up in layers of gauzy synthesizers and syncopated beats.

The “Accident” video, directed by frequent collaborator Zia Anger and starring Anger’s own mother, depicts maternal stages, objects, and metaphors. Those familiar with Anger and Hval’s previous collaborations will recognize the duo’s previous work together, including clips from “Conceptual Romance,” “That Battle Is Over,” “Sabbath,” and “Innocence Is Kinky,” which close out the video.

“With the release of this video we planned on publishing a dialogue between the two of us. Something that spoke about the kind of work we are doing and that also referenced the theme of the video – the pairing of production and reproduction.

It’s a given that the product of some artistic work is worthless. You are therefore expected to “mother” it instead of working and being compensated for it. And sometimes this is the best kind of work. Because it doesn’t feel valuable. Because not everybody will like it or understand it. Because it won’t immediately be sucked up into the capitalist scroll. It has time and space to be conceived of, to sit in utero, to be birthed, to have its umbilical cord cut, and to live, to breathe.

The same is true of our collaboration. We are both seen and heard by each other, and often validated by our responses to each other. However big (with a video) or small (with an email.) Our collaboration validates each other’s right to breathe, to live, to speak. It’s the closest we get to magic.

This dialogue, however, felt rushed. We will publish it at a later date. Until then.”  – Zia Anger and Jenny Hval

The Practice of Love unspools with an almost deceptive ease following the horror and viscera of Hval’s last full-length release, 2016’s Blood Bitch. It sees the world from above and creates a landscape both realistic and imaginary. Through this landscape, multiple voices engage and disperse, both Hval’s own voice and the voices of collaborators Vivian Wang, Laura Jean Englert, and Félicia Atkinson. The record considers the notion of intimacy from all sides as Hval uses the pop song format to attempt to make sense of what love and care actually mean — love as a practice, a calling, a vocation.