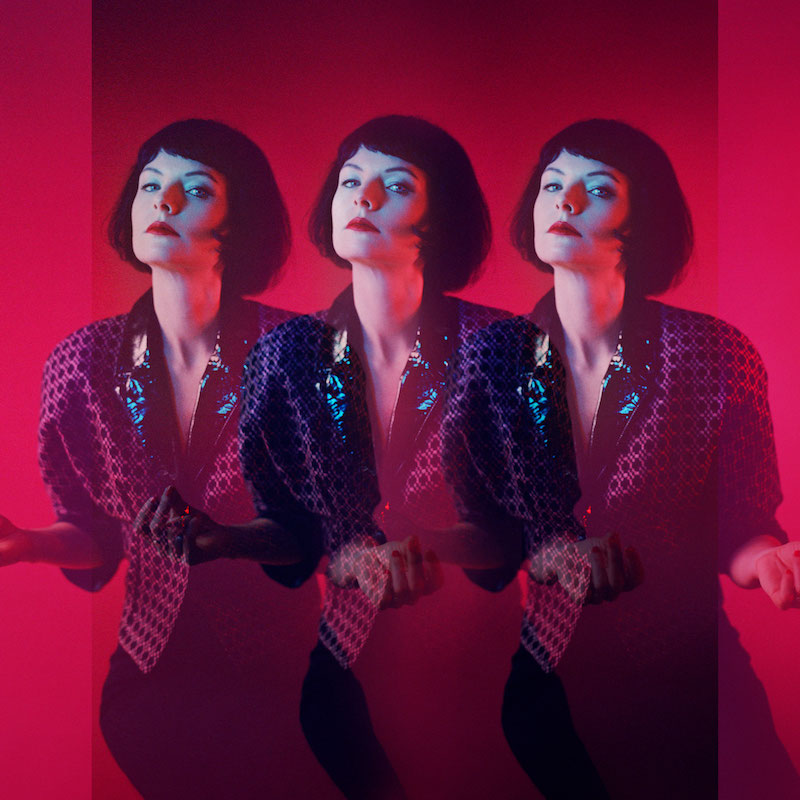 Having played with Bryan Ferry for the past decade, Australian multi-instrumentalist Jorja Chalmers has just announced her debut LP Human Again is set for release Sept 20th via Italians Do It Better. The title track from the album is streaming online now.

In the lead single off the album, Jorja longingly asks the listener “Hello, are you breathing? Can you make me Human Again?”

It is questions like this we must not forget to ask ourselves living in our 24-hour digital world, where every tragedy is scrolled past to reveal another & another. As humanity grows more & more desensitized the insatiable thirst of the neophiliac can leave us feeling emptier & more alienated than ever before.

Human Again was written & recorded by Jorja in hotel rooms after performing Roxy Music & Bryan Ferry songs drenched in sweat each night. Finishing touches were added & distilled inside Ferry’s London studio & then brushed by Johnny Jewel’s glittering hands with Dean Hurley at the legendary Asymmetrical Studio in the Hollywood Hills. The combination is intoxicating.

Human Again bottles that stark loneliness the artist faces night after night on the road. Sonically, the album explores the spaciousness alive inside the minimalism of Bowie & Eno’s Low, her vocal reflects early Laurie Anderson alongside the troubled smoke of Badalamenti’s score for Lost Highway, & the impending doom of Goblin. Chalmers embraces the claustrophobia of a John Carpenter film cut with the patience & precision of Amon Duul. The quest to be Human Again is to be a stranger in a strange land.