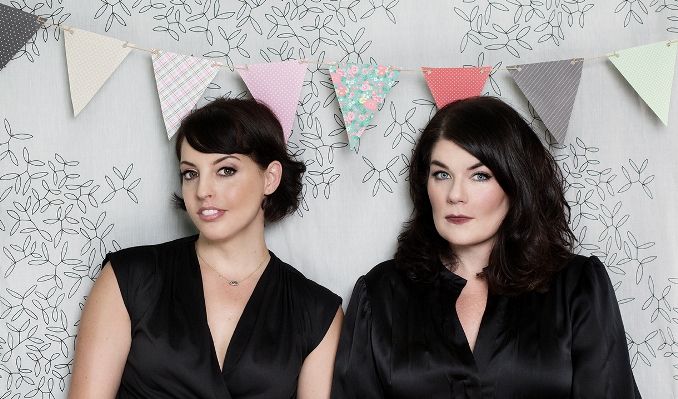 My Favorite Murder, the hit true crime comedy podcast hosted by Karen Kilgariff and Georgia Hardstark, have announced a second show at London’s Eventim Apollo due to phenomenal demand on Thursday 28th November 2019.

During their live shows, lifelong true crime fans Karen Kilgariff and Georgia Hardstark tell each other their favourite tales of murder and hear hometown crime stories from friends and fans. Since its inception in early 2016, My Favorite Murder has broken download records and sparked an enthusiastic, interactive “Murderino” fan base who came out in droves this spring for the sold-out nationwide tour.

A top 10 regular on iTunes’ comedy podcast chart, My Favorite Murder has been featured in Entertainment Weekly, The Atlantic, Nylon and Rolling Stone magazine. Aside from being avid true crime enthusiasts, Karen Kilgariff is a stand-up comedian and television writer and Georgia Hardstark is a food writer and Cooking Channel on-camera personality. Their debut book, a joint memoir entitled Stay Sexy & Don’t Get Murdered was an instant #1 New York Times bestseller.