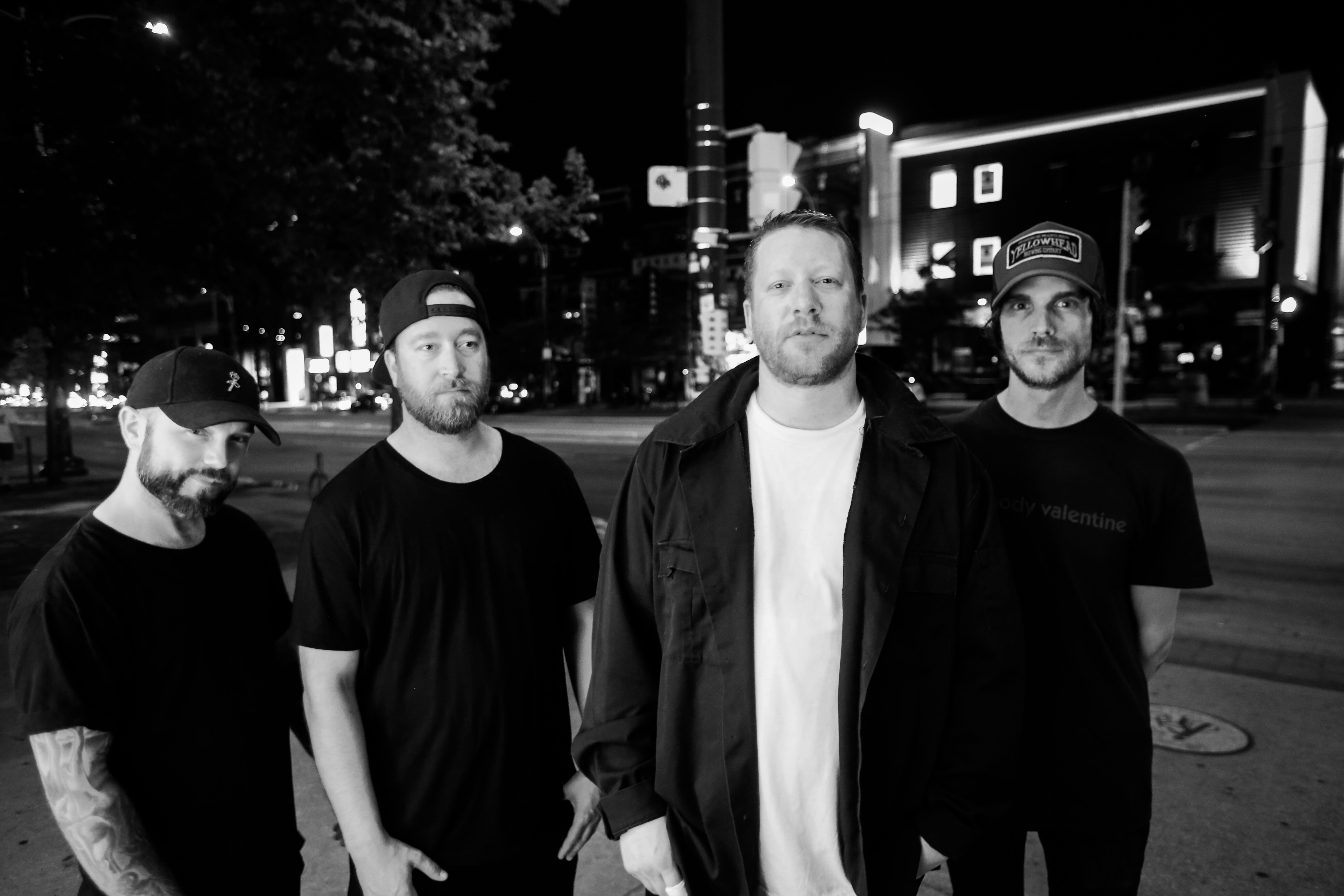 Primed for an all-out takeover this fall, alternative rock band SIGHTS & SOUNDS has released an enthralling music video today for their brand-new single, “Resurface.” The song, which had its worldwide premiere on the BBC Radio 1 Rock Show with Daniel P. Carter last night,  is found on the band’s eagerly awaited, sophomore album, No Virtue, that the band is releasing independently worldwide and in partnership with the newly formed Static Era Records in the USA on October 11th.

Commenting on the single, vocalist Andrew Neufeld says, “I wrote this song at a time when I felt like I was drowning in some pressures and trying to claw my way out of a few situations. I felt a constant prying from a particular place in my life and needed an escape which undoubtedly led to self-medicating just to numb the strain I was dealing with. I am lucky to have a strong support group of friends around me and they were there to help me realize that it’s possible to break out of my self inflicted shell and resurface from some of the imbalance in my life.

This is our favourite track on the album because of the rhythm + groove. Doing my best Peter Gabriel and Mew impressions on the melodic bits and single-coil driving guitars. Showcasing the groove was the intent with this song to really keep the heart pumping.”

Director Daniel Priess adds “RESURFACE is not really a typical music video. Instead of doing a standard storyline based video we decided to go for a different approach, making it more of a montage of clips and imagery based around water, like underwater shots and reflections that would visually support the vibey atmospheric song.”

SIGHTS & SOUNDS, brothers Joel (drums) and Andrew Neufeld (vocals, also of COMEBACK KID), Matt Howes (bass), and Dave Grabowski(keys/candy) have waited their entire career to release a record like No Virtue. The band’s first new music in 6 years finds the band in a different era than their previous records, 2009’s breakout, Devin Townsend produced debut album Monolithand 2013’s Silver Door EP. A lot has happened over the last decade. They’ve toured the world with acts like Bring Me The Horizon, Architects and Billy Talent to name a few and amassed a loyal fanbase along the way.

Eventually, SIGHTS & SOUNDS found the focus to write and self-produce their follow-up, a record that fans have been clamouring for, for a decade now. With refined songwriting skills and years of experience as a band on the road, they set forth to challenge themselves and ultimately created their most ambitious and accessible record to date. Vast sweeping soundscapes with hypnotizing vocals intertwined with massive arena rock choruses and emotionally charged lyrics, No Virtue is a testament to the band’s growth as musicians and a truly remarkable rock record that will stand the test of time.

“No Virtue is an album we had been working on for quite some time. It’s been a labour of love building these songs over the years. Bringing ideas hummed in a phone or scratched on a guitar to life in a more involved way than we have ever been able to do before. Adding instrumentation and electronic elements into the fold. Panning candy into soundscapes was our goal. We conjured up some of our favourite influences old and modern and printed our take on modern rock with an electronic twist.

This is the hardest record I have ever had to make but so gratifying to have finished and finally able to share it with the world. Even though this is our follow up to our first LP “Monolith” and our EP “Silver Door,” I feel like this is a new beginning and a fresh start for Sights & Sounds. Self-releasing the project with a new approach to the music and to the model of how we release our music.” – Andrew Neufeld