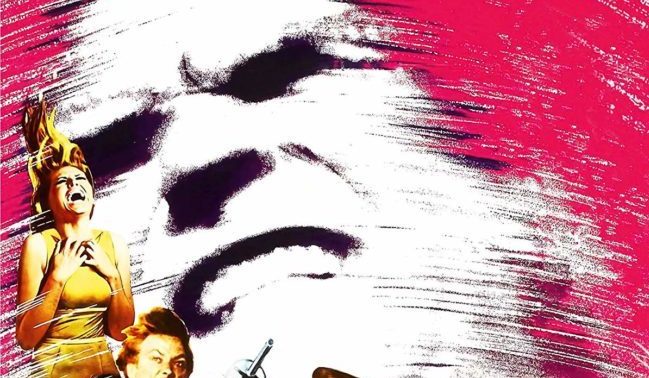 Producer and director William Castle is best known for his promotional gimmicks, sometimes making his otherwise B movie and often forgettable films more profitable. His first two classics both starred Vincent Price and were The House on Haunted Hill (1958) and The Tingler (1959) which had as gimmicks, “emergo” for the first film involving a skeleton flying across the movie theatre on wires and for the latter film “percepto”, in which a few seats in the movie theatre were wired up with an electric buzzer in the seat at scary moments. After 13 Ghosts (1960), in which “Illusion-O” had visitors with different coloured 3D glasses type filters in which through one they could see a ghost and the other, you couldn’t. The gimmicks started to pale as the 1960s wore on, although the year he made the little seen Project X (1968), now released by 101 Films, he did produce the ground breaking possession film, Rosemary’s Baby (as well as having a cameo appearance).

Project X is a low budget science-fiction film that an interesting plot, but feels for the most part rather dull but with some interesting, even weird diversions. Yet, like most science-fictions, and especially the low budget ones, the film tells us more about the era it was made rather than when it is supposed to be set, be it the look of the film or its politics. It is set in the year 2118, including such themes as over population and even terror or invasion from the East. In this future the world is ruled over by China and there is an over population problem. In America, they receive a message stating that they will be destroyed by China in two weeks. A spy, Hagen Arnold (Christopher George) is given an anti-torture drug in the event he is caught, making him an amnesiac. To extract information from him he is put to cryogenic sleep, but officials and scientists are able to see inside his mind to get more information from him via holographic images. He is led to believe he is in the 1960s, an era he has studied, but this soon messes with his mind. This also has the advantage of cutting down the budget enormously.

Project X has a very complex plot at its core. This is belied by the low budget from its wonky sets to even using the same sound of the opening sliding doors from ‘Star Trek’, then very popular. Overall, the look of the film is very similar to many of the popular science-fiction TV shows emerging from America in the late 1960s, including ‘Star Trek’ and ‘Time Tunnel’ rather than its cinematic counterparts such as Planet of the Apes (1967) and 2001: A Space Odyssey (1968), which in production values and development were way ahead. And then there was Fantastic Voyage (1966), the psychadelic sci-fi that this film seems to draw plenty of influence from. Nevertheless, the story for the film is interesting with a great deal of potential, despite the often dull handling and direction.

As already mentioned, William Castle was the master of the gimmicks and these were often promoted on the movie posters themselves to get bums on seats. Here the marketing was using some interesting animation with sound effects. Sure, these look like cheap cop-outs, but they were also add a layer of strangeness of the film in the way they are used. Castle worked with animation studio Hanna-Barbera for these sequences. These included scenes with an aircraft, underwater scenes, including an underwater lift, a submarine and some back projection animation. The film also has a psychadelic look to it, especially with the psy-ops torture and vivid colours, marking it very much as a film of its age.

Extras on the disc include a commentary by film writers Alan Bryce and David Flint, as well as a featurette tracing the history of Castle’s film gimmicks, again with Bryce.