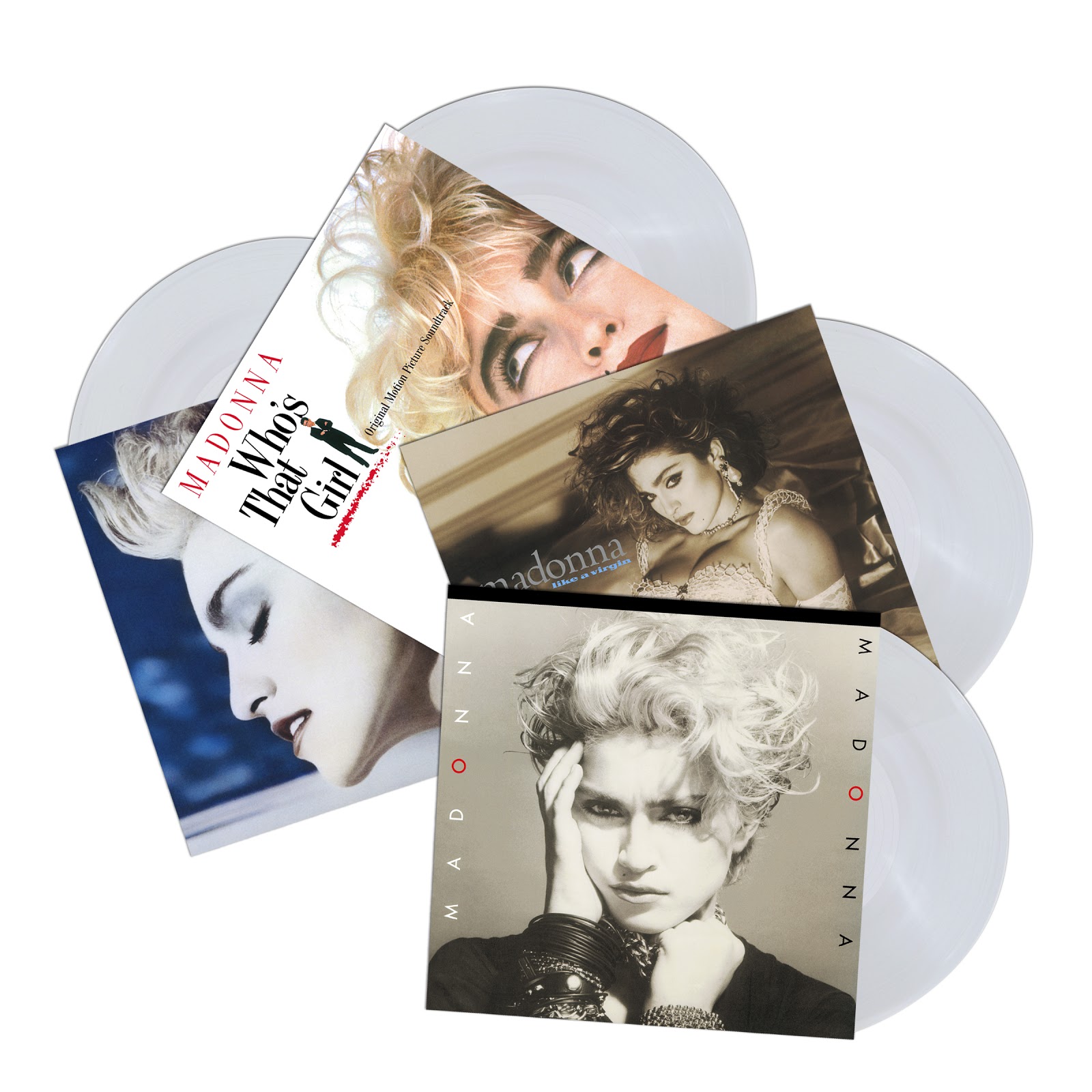 Rhino has announced the reissue of Madonna’s first four iconic albums – three studio and one soundtrack – on crystal clear vinyl on November 8. Madonna, Like a Virgin, True Blue and Who’s That Girl: The Original Motion Picture Soundtrack will be available from £18.99 each. A bundle of all four albums will be available from the Rhino.co.uk store for £63.99.

Madonna cemented her status as a cultural icon a year later with her follow-up release, Like a Virgin. Produced by Nile Rodgers, the record was her first to top the U.S. albums chart, its title track becoming her first #1 single. Certified diamond, Like a Virgin sold over 21 million copies worldwide. The record features hits including “Dress You Up”, “Angel” and “Material Girl”.

In 1986, Madonna co-wrote and co-produced True Blue, which topped global album charts in 28 countries and the U.S. The critically acclaimed release has sold more than 25 million copies worldwide, making it one of the best-selling albums in history. All five of its singles reached the Billboard Top Five, including three #1’s – “Live To Tell”, “Papa Don’t Preach” and “Open Your Heart.”

Madonna next starred in the film Who’s That Girl and recorded four songs for its soundtrack. Released in 1987, Who’s That Girl: The Original Motion Picture Soundtrack has sold more than six million copies internationally thanks in part to its chart-topping title track and “Causing A Commotion”.

Madonna released her critically acclaimed 14th studio album Madame X this year and is set to embark on a highly anticipated all-theatre Madame X Tour. The tour, which visits the U.S. and Europe, begins on September 17 in New York City. For more information, visit Madonna.com.